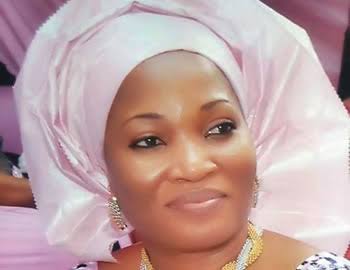 By Josephine Oguntoyinbo
|
Ondo State Commissioner for Women Affairs and Social Development, Hon. Omowunmi Olatunji-Ohwovoriole has charged women who have political ambition to actively participate in politics and contribute their quotas to the development of the society.

She gave the charge while fielding questions from journalists at the weekend shortly after the Muslim Women Associations in Akure North and South visited and prayed for her in preparation for her political aspiration in 2019.

According to her, being a girl child or woman is not an impediment and does not make one less human.

She posited that any woman who has political ambition to represent her people must not hesitate, noting that they do not have to start from the top, but can start from the  grassroots  before moving to the top.

The Commissioner maintained that women who know their onions must not limit themselves but take a bold step as the world is waiting for them.

“The most important thing is for you to understand whom you are, because this will reflect in the society, gone are the days when people said the place of a woman is in the kitchen, things have changed and we are now better informed.

While speaking earlier at the event, the commissioner said she decided to seek the face of God first in preparation for her political ambition to represent the people of Akure North and South in the Federal House of Representatives in 2019.

“As we were taught whatever you want to do, you have to start with God, I have an ambition, and it can only be possible through the word of God and in prayers, I have come to seek the prayers of women across the religions both Christians and Muslims.

“Today, I am meeting with the Muslim community where we have women from different Muslim associations. They came together voluntarily to pray for me before proceeding on my political pursuit”, she stated.

After the prayers, some women who spoke to journalists described the commissioner as a  woman with the heart of gold who never look down on anybody.

The State Coordinator for Muslim Women Progressives, Alhaja Mohammed Sikirat Idera who thanked God for the life of the commissioner said they came to pray for her immediately they left the Jumat service because she always supports both Muslims and Christians without discrimination.

The Akure North women leader, Alhaja Serifat Adepoju who equally said the Commissioner is a woman of many virtues who has been very supportive to women in the state noted that this informed their large turnout at the gathering.