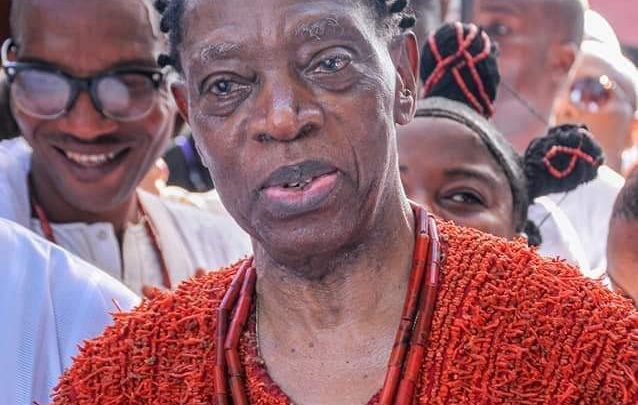 From Jimoh Ahmed, Owo
|
All forms of loud celebrations have been banned in Owo following the death of the ancient town’s, monarch, Oba David Folagbade Olateru-Olagbegi.

The clamp down involves drumming in social circles   and churches, The Hope has learnt.

Oba Folagbade, passed on Tuesday amidst shock and disbelief.

His death has heralded a harvest of traditional restraints including drumming during the mourning period.

Our correspondent who monitored church services yesterday in the town observed that they were serene, devoid of drumming in strict respect of the tradition.

Even the Easter festival often celebrated with musicals bowed to the ban as services were conducted without the usual dancing and drumming.

Already, the town is feeling the heat of the no drumming which the ban would bring to social revelers who have fixed dates for burial and marriage ceremonies.

Expectedly, the clamp down has brought mixed reaction from residents as some view the ban as infringing on their fundamental rights while others think it is an integral cultural value of the community, which must be respected.

Mrs Folashade Adewale whose daughter was to get married at the weekend said the ceremony has to be postponed at a short notice as a way of giving respect to the departed monarch.

Mrs Folasade stated that being an Owo indigene, she has to obey the order since that has always been the case since Owo was founded and wondered why anybody should flout the order.

A pastor of a white garment church who will not want his name mentioned said that he has instructed his church members not to do anything that will contravene the order as he will not want to be punished for it.

According to the pastor, he and other churches in the town have decided to obey the ban in the spirit of giving unto Caesar.

Meanwhile traditional rites for the late Olowo have continued as the Iloro chiefs are in control.

Consequently, trading activities continued to be carried out at the Omusen and Arigidi and Ogwata markets on daily basis.

It was learnt that this will continue as long as the burial rites last.