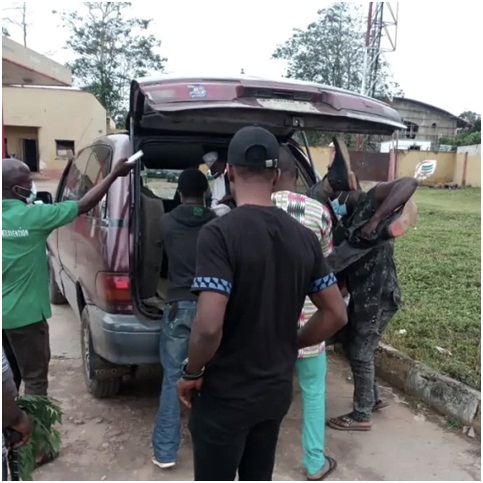 A yet- to- be identified middle- aged man has reportedly slumped and died at a filling station around FUTA north gate area of Akure, Ondo State  on Thursday morning.

He reportedly died after vomiting blood.

The Hope Metro gathered that the middle aged man was waiting for a cab  to Ilara mokin in Ifedore Local Government Area of the state when he suddenly began to cough.

According to an eyewitness, the deceased continued coughing until he slumped and died.

He said the man whose identity could not be ascertained gave up the ghost before first aid treatment could be administered on him.

Items found on the deceased were some drugs suspected to have been bought from the UNIMED Teaching Hospital in Akure.

The incident was thereafter reported to the police who later evacuated the corpse to a mortuary.

One of the police officers who declined to mention his name said they would trace the identify of the deceased and his family with the drug seen on him suspected to have been bought from the hospital.