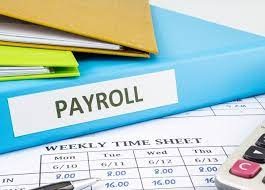 More shocking revelations have continued to emerge from the findings of the Committee on Verification, Scrutinization and Clean-Up of Ondo State payroll .

The seven-man committee, led by the Chairman and former Permanent Secretary of the Ministry of Finance, Mr. Victor Olajorin, in the report submitted to Governor Oluwarotimi Akeredolu in his office, Alagbaka, Akure, revealed that an officer of the Hospital Management Board (HMB)who celebrated his 50th birthday in 2010  still claimed he has additional three years in service.

Although, the chairman did not reveal the identity of the officer,  he, however, explained that this and several other infractions were part of the findings contained in the report submitted to the Governor.

He also revealed that the officer has been asked to refund some amount of money he has illegally taken for the period he overstayed in the civil service.

According to him, the officer produced a brochure for his 50th birthday which he celebrated 12 years ago.

“We have a case of an officer who also did his 50th birthday in 2010, and as at now, he still says he has about three years more in service. He produced a brochure for the birthday. We have identified the officer and he has been asked to refund some amount of money he has taken for the period,  he said.

By calculation, the officer was 62 years in 2022, and will be 65 years in three years to come. The retirement age of a civil servant is 60 years, meaning that the officer ought to have retired in 2020.

This, among several other infractions, were discovered by the committee during its assignment in two government MDAs: the HMB and TESCOM.

The committee is expected to extend its assignment and beam its searchlight on other government MDAs.

The state Governor, Oluwarotimi Akeredolu, who suspected that the State Payroll including salaries and pensions had been compromised, set up  seven-member committee to continuously clean-up the payroll of infractions.

So far, the committee has worked in two agencies, and has submitted its findings from the two government agencies.

Governor Akeredolu particularly frowned at the different infractions discovered in the payroll, even as he decried the over-bloated workforce which he said was occasioned by many ghost workers.

The chairman equally said there are sizable number of other officers who could not still be traced when the committee visited the MDAs.