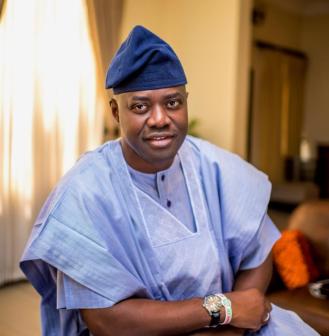 By Mary Agidi
|
The People’s Democratic Party, PDP’s, leadership in Southwest Nigeria has called on the outgoing government in Oyo state to stop unnecessary attack on the governor-elect, Mr. Seyi Makinde, describing him as a gentle man who will not fail the state.

In a statement released at the weekend by the Southwest Publicity Secretary of the party, Ayo Fadaka and made available to The Hope, the party assured the people of Oyo state that all the campaign promises of the PDP will be fulfilled.

The statement says, “Much as the content of the numerous press statements issued against him have been deemed infantile, we still feel duty bound to let the APC in Oyo State know that the interest of the people far surpasses partisan considerations and should therefore compulsorily know that they owe the State the responsibility of allowing the Governor-elect to assume the reigns of office and settle down to discharging his responsibilities without their unnecessary distractions.

“What the people of Oyo State desire now is  a  fresh breath which Makinde represents and not the outgoing garrulity that is still constantly harassing the people even in its twilight.

” If the essence of the activism of the APC lately is to make the new Governor to deliver, then they need not exert any more energy as Makinde is coming to office absolutely prepared to pursue well thought and sound policies that transform Oyo State from its current parlous level”.