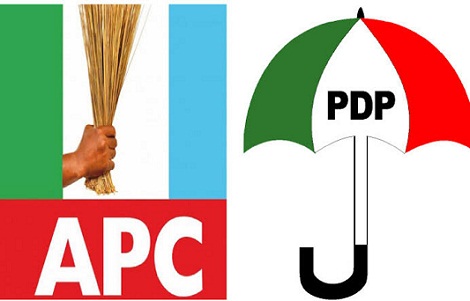 By Fisayo Akinduro
|
The All Progressives Congress, Osun State chapter has alleged that the smear campaign in the state by the Peoples Democratic Party is insidiously designed to blackmail Judges of the Court of Appeal presiding over the disputed governorship election in the state.

According to the ruling party, the PDP is spreading total falsehood that unidentified so-called officials of the APC are boasting in public that they have settled those Judges in Abuja to decide in favour of Gov Adegboyega Oyetola.

“This is not only an insidious blackmail of the respectable and honourable Judges, the PDP is also attempting (with this false allegation) to disparage the integrity of the Judges and instigate public skepticism, perhaps even rejection of the Court’s decision, if it turns out not to be in PDP’S favour”, the APC declared.

The above allegations were contained in a statement from the party’s directorate of publicity, signed by its director Barr Kunle Oyatomi and made available to the media in Osogbo on Sunday.

In the statement, the APC warned that “the PDP will be held to account if public order is breached as a result of the Court’s decision that does not favour the party.

“This is because the false allegation that the PDP is touting can potentially instigate violence”, the APC emphasized.

The ruling party then went on to accuse the PDP of “a tendency to plot to wreck the system if the party loses this case that will be its fourth consecutive failed attempt to dislodge the APC from power in the state.

“It would also appear”, the APC argued, “that the PDP is uncomfortable with the democratic process, and the rule of law, and will do everything unfair, unjust and illegal to sabotage due process in order to snatch political power in the state of Osun.

“Osun is moving forward and the APC will remain focused regardless of the shenanigans of the PDP. If that party will not mature politically and contribute meaningfully to the progress of the state, it will sooner than later become irrelevant”, the APC concluded.

… We are peaceful, law abiding- PDP

Adagunodo disclosed this in Osogbo while refuting the claims of the All Progressives Congress, APC over an alleged blackmail of the judiciary on the pending Appeal Court case.

He said the people of the state cannot be carried away by mere propaganda and deliberate falsehood of the APC that is aimed at creating confusion in the minds of the people.

“It is also saddening that since the people of Osun State gave their mandate to Senator Ademola Adeleke, the APC has employed different tactics to destroy and smear his image by going to different courts on frivolous allegations and also using the instrument of Government to victimise him.

“If there is any political party that is tolerant,  law abiding, peaceful and peace loving, it is PDP, we demonstrated this during the open electoral robbery of our party on September 22, 2018. Even when some of our submissions and applications were rejected, we opted for appeal.”

The party chairman however, strongly advised and warned that nothing untoward or bad incidence in all ramifications should happen to Adeleke especially in the area of security.

He said the party have absolute confidence in the judiciary to deliver judgment of truth, based on available evidences with them without fear or favour.

He implored security operative not to be used as a tool to disrupt the rule of law and should also be on alert of anyone making attempts to cause mayhem.