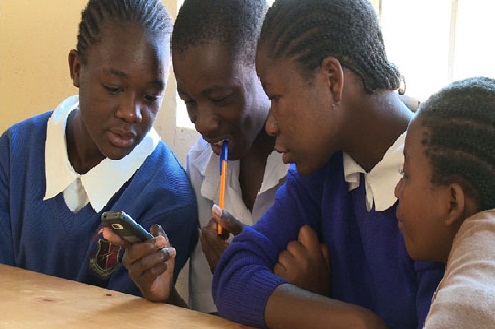 Ateacher, Mrs Irene Adekambi has called on parents to monitor their wards while using phones, describing it as a distraction to the journey of a school child.

Adekambi who said this during an interview with The Hope stressed that giving phones to school children is not a way of making them better than the other but an ego booster for some parents.

According to her, some parents give all kinds of sophisticated phones to their children and the children go to all sorts of sites that are detrimental to their future.

“We had an encounter with one of our students when we observed he was behaving abnormal, we investigated him, we discovered that he used to watch phonographic images on his mother’s phone,” she said.

Adekambi also said there is nothing bad if parents would put restrictions on some programmes on their television as some of the programmes viewing on the television, including some cartoons could jeopardize the future of their children.

She said over pampering of children is an enemy to good morals, as parents should not allow their children to dictate to them.

The educationist said there are many ways to pamper children without destroying their future, stating that most of what parents are doing these days is all detrimental to their future.

She therefore called on students to take their lives in their hands by studying hard to have a brighter future, saying the future belongs to only those who are focused.

She also called on parents to be a good example to their children as they look up to them.