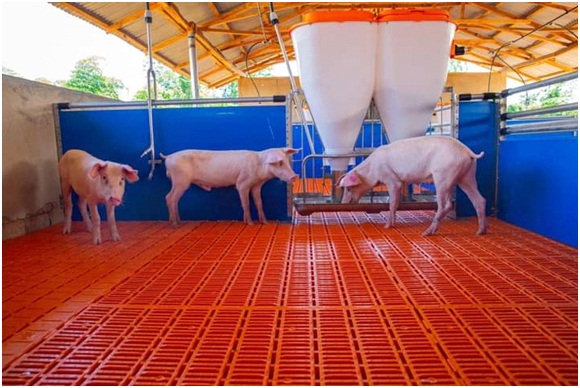 Ilutoro community in Ala, Akure North local government area of Ondo State, has applauded the state government for the establishment of an ultra modern piggery project in the community as they solicited for the rehabilitation of the road leading to the project site to complement the effort.
The Olu Ala of Ala, Elijah Elehin-Eko who spoke in an interview with The Hope, appealed to the state government on the need to rehabilitate the roads within the community and particularly the one leading to the project site to make transportation easy for farmers and those transacting business at the farm village.
Elenin-Eko also appealed that the community market be upgraded to a modern one with infrastructural facilities for better business transaction in a more conducive environment.
The Chairman of Akure North local government, Mr. Ogbesetore Kole expressed excitement for the choice of the local government for the establishment of the piggery project .
Describing it as a laudable project, Kole assured of the sustainability of the project under the Public Private Partnership (PPP) .
Chief Akogun of Ilutoro, Saleh Awulu applauded government for bringing the initiative to reality, just as he said they never believed the project would see the light of the day since the purchase of the land over seven years ago.
Awulu said the project will be beneficial to the community as it will provide job opportunities, develop the community and enhance better business transactions because more women will be engaged in marketing than before.
It would be recalled that the state Governor, Arakunrin Akeredolu commissioned the ultra modern Piggery Project on Monday for the production of quality pork which would meet the international standard of pork processing for consumption.