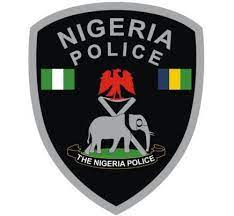 Detectives of the Ondo State Police Command have arrested  a commercial tricylist, Adesina Shittu, for theft and faking his own kidnap.

The suspect who resides at Aule in Akure, was reported to have claimed that he was abducted by unknown gunmen with a tricycle he uses for commercial purposes and held hostage somewhere at Igoba area of Akure.

Odunlami said Shittu was later found in Badagry, Lagos State, where he was hiding and arrested with the tricycle and brought back to Akure.

She said the complainant, who owns the tricycle told the police that he gave  the suspect a Bajaj Tricycle with number plate FGB 016 VL valued  at N1,600,000, for commercial use and placed him on daily delivery of N4,000.

“Three days later, the suspect called the complainant and claimed that he was kidnapped , while he asked  the complainant to assist him  in the payment of ransom for his release.

“Forensic analysis during Police investigation showed  that the suspect was in Badagry and not Igoba, Akure, where he claimed he was being held hostage and  arrested with the tricycle,”she explained.

The suspects were alleged to have kidnapped three persons at Ofosu, Idanre Local Government Area of Ondo State, between 2021 and 2022.

Odunlami said the duo kidnapped one Mrs Folasade Akinloye from her shop at Ofosu on August 28, 2022 at 10:40pm.

According to the PPRO, the suspects used an ash colour Toyota Camry with number plate AKD 797 AP to carry out the operation.

“During investigation, it was discovered that the suspects were also responsible for the kidnapping of one Mrs Folasade Akinselure on July 13, 2021 and Ms Stella Stephen.

Odunlami said the suspects confessed to the commission of the crime while the victims were rescued unhurt.

“The Toyota Camry and two cutlasses used were recovered from the suspects.

“They will soon have their day in court,” she stated.