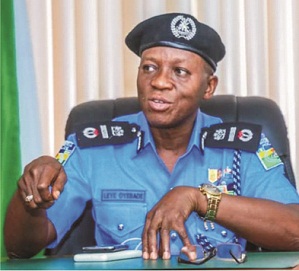 From Fisayo Akinduro, Osogbo
|
Officers and men of The Nigeria police have been charged to respect human rights in order to make positive impact in the society.

Speaking at the unveiling of the project facilitated by a Chief Superintendent of Police, Dayo Akinbisehin, he charged police officers to exhibit the core values of commitment, dedication, humility, loyalty and respect for the fundamental human rights of Nigerians.

He added that they should always reflect on areas where there are challenges, with the determination to find solutions to them.

In her remarks, Osun State Commissioner of Police, Mrs Abiodun Ige described Akinbisehin as a dutiful officer who puts in his best in service and urged others to emulate his good virtues.

Earlier, Akinbisehin told the gathering that the dire need of befitting office accommodation for the administrative and operational exigencies of SPU Base X1 headquarters propelled him to action.