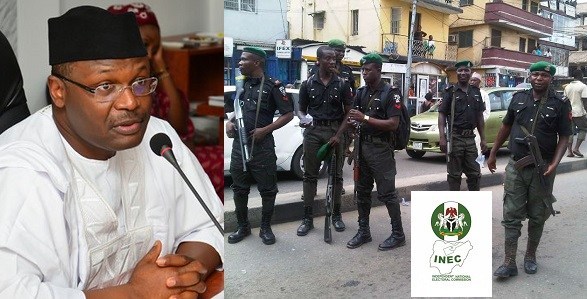 By Michael Ofulue
|
Ondo State Police Command yesterday, said  it has arrested five persons alleged to have been involved in snatching of ballot boxes and disruption of electoral process during the last Saturday’s Presidential and National Assembly elections in the state.

Joseph disclosed that the suspects were undergoing intensive interrogation and have made  statement concerning the allegations levelled against them, adding that they would soon  be charged to court  after the police must have concluded their investigations.

The police spokesman who advised parents and wards to warn their children against being used by selfish politicians, said the police, saddled with the duties of protecting lives and property, maintenance of  law and order cannot fold its arms and watch anybody disturbing the existing peace in the state.

He stated that they are prepared to  ensure that the governorship and House of Assembly elections coming up next week Saturday will be free, fair credible just as he warned desperate politicians to desist from using their thugs to disrupt the process.

Meanwhile, the State Police Commissioner, Mr Undie Adie, yesterday held a meeting with the Area commanders , Divisional Police officers (DPOs) and heads of departments of the command to appraise their performances in the last Saturday’s general elections in the state.

Adie, who praised the efforts of his men for a job well done, enjoined them to repeat same in the  forthcoming elections.