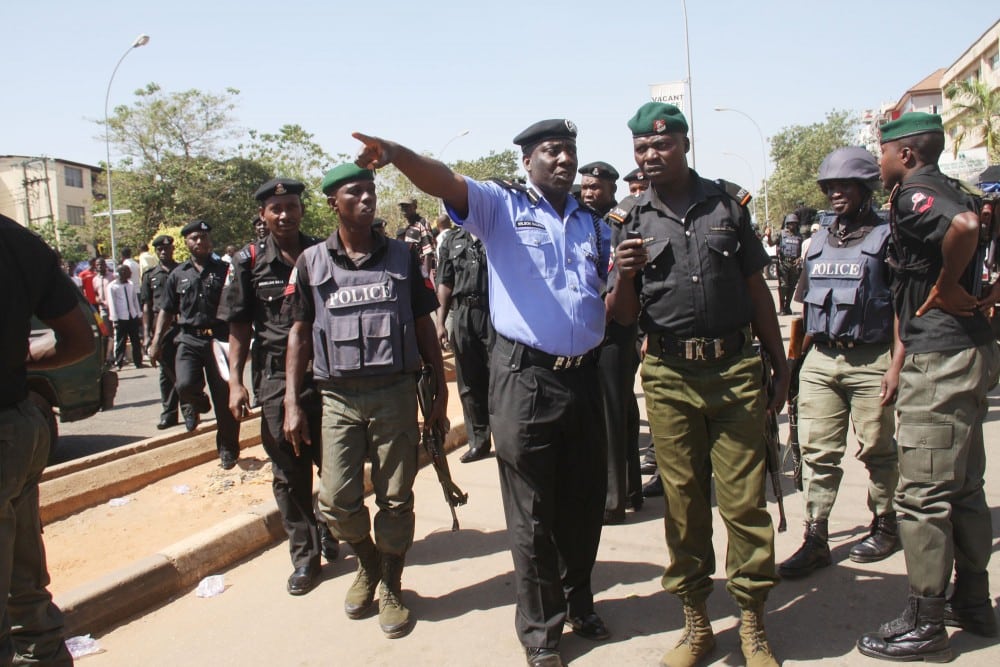 From Victor Akinkuolie, Ado-Ekiti.
|
The Nigeria Police and Ekiti State Branch of International Federation of Women Lawyers (FIDA) are to cooperate on the protection of women and children against abuse and other crimes in the state.

This agreement was reached during a meeting held at the Police Headquarters, Ado Ekiti, when FIDA Ekiti Delegation led by its chairperson, Mrs. Adefunke Anoma paid a courtesy call on the State’s Police Commissioner, Ahmed Bello.

FIDA had earlier intimated the police boss on the rampant incidences of abuse, rape, robbery, battery, assault and other crimes against women and children in recent time and sought for synergy between the Police and FIDA towards nipping the ugly incidents in the bud. According to her all stakeholders must be aware of their inputs towards ensuring a safe society for all especially women and children who fall among very vulnerable group.

Mrs. Anoma however commended the police for their professionalism and maintenance of peace in the state before, during and after the last Governorship election which culminated in the change of government.

Responding, the commissioner thanked FIDA Ekiti for the visit and assured the delegation that his men are always up and doing in the performance of their duties, top of which is the protection of life and property.

He said police are not magicians who can fabricate cases and they can only operate effectively with adequate and timely information from the members of the public. He further appealed for cooperation from all and sundry to make their operations easier.

The commissioner then called on members of the public to promptly report cases of abuse and other crimes to the police, assuring them that such reports will be held in confidence and treated with dispatch.

A 28-year-old driver , Adenodi Fagbemi, has been arraigned before an Okitipupa Magistrates’ court for allegedly stealing the sum of N1.5 million, by breaking into the house of the victim.

The suspect who lives at 15, Olaoluwa street, Ode-Ajagba , Irele, was said to have committed the offence on September 8, 2018, by forcefully breaking into the house of the victim in an odd time.

Adenodi is facing a three-count-charge of conspiracy, burglary and stealing.

The prosecutor, Inspector Ayodeji  Omoyegha, told the court that the suspect broke into the residence of one Mr Ebenezer Damilola with intent to commit felony there in and thereby committed an offence contrary to and punishable under Section 411 of the criminal code cap 38 Vol.1 laws of Ondo State of Nigeria 2006.

Inspector Ayodeji Omoyegha narrated to the court how the defendant was arrested and brought to the police station for interrogation.

After pleading not guilty to the charges, the presiding judge, Mr D. O Ogunfuyi admitted the defendant to bail in the sum of N500,000, with two sureties in like sum .

The sureties, he said  must be reasonable and responsible citizens who live within the jurisdiction of the court. They are to show evidence of tax payment for the current year.

The magistrate ruled that the suspect should be remanded in Okitipupa prison custody until his bail conditions is perfected.

The case was adjourned till November 8, this year for further hearing .