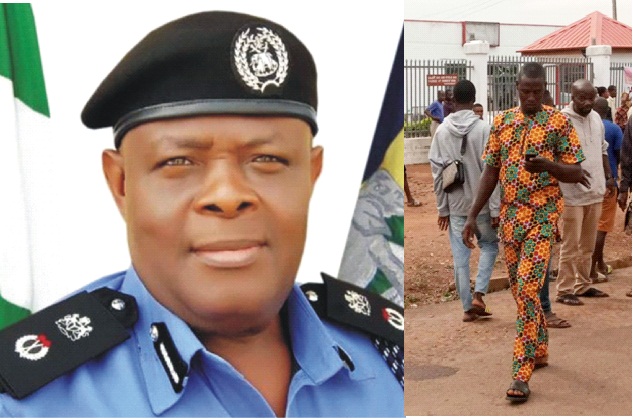 There was palpable tension in Ondo town, Ondo West Local Government Area of Ondo State yesterday as a gang of armed robbers launched an attack on a bank’s bullion van conveying money to Akure, the state capital.
However, the men of the under world met a brickwall as they did not succeed in the operation foiled by policemen who prevented them.
The development, reportedly caused panic among residents of the town who rushed to close businesses and scamper for safety, while the security operatives mounted different road blocks.
According to an eye witnesses, Mr Paul Iyiade, the robbers were not successful with the attack on a bank’s bullion van going to Akure with money.
He said the bullion van escaped, but some of the policemen attached to the van were shot by the robbers and they have been taken to the hospital for treatment.
According to the police at Yaba Division, no bank was robbed. But a bullion van was attacked though they did not succeed. “Police at Yaba received a call from different people and immediately deployed some of their men to different locations to stop the act and the situation is calm now.
The police further said that the robbers did not succeed, but escaped through Ile-Oluji axis.
In his words:”it was an unsuccessful attack on GT Bank’s bullion van going to Akure. Three policemen who sustained injuries have been rushed to UNIMED for treatment.
One of the residents said: “it was an unsuccessful attack on the bank’s bullion van going to Akure. One person sustained injury has been retaken to the hospital. The robbers didn’t succeed, though no arrest was made yet. The situation is calm now.”
This is coming exactly two weeks after similar bank robbery was recorded at Ilara -Mokin in Ifedore Local Government Area of the state, which led to the killings of three persons including a journalist, late Bunmi Afuye.
It will be recalled that the police had last week assured all the banks across the state that adequate security measures had been taken to forestall any further attack on any financial institutions in the state.