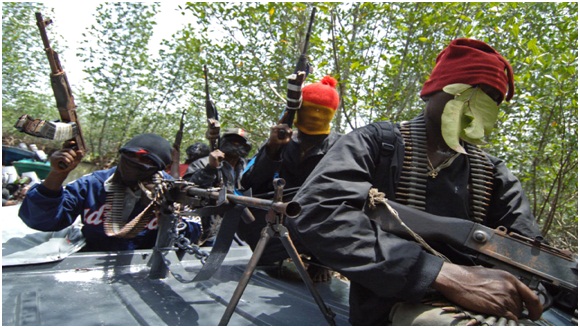 By Tola Gbadamosi &
By Michael Ofulue

Men of the Anti-Kidnapping Unit of the Ondo State Police Command have rescued one of the timber dealers abducted by unknown gunmen between Auga and Akunu axis of Akoko North East local government area of Ondo State.

According to report, the incident happened in the early hours of Wednesday at about 5:45 am.

The Hope Metro gathered that the victims were plank dealers who came from Sagamu in Ogun State.

Report had it that the suspected kidnappers waylaid and abducted them while returning to their base through Auga- Akunu Akoko road after loading their planks.

Confirming the abduction, the  Police Public Relations Officer, DSP  Fumilayo Odunlana said two occupants of a DAF vehicle loaded with planks from Ise Akoko community and on their way to Shagamu in Ogun State were whisked into the bush by suspected kidnappers.

She said the people of the community contacted the police  while the DPO and his men quickly responded and went after them.

“We were able to rescue one of them as the Anti-kidnapping units of the command are out there combing the bush in other to rescue the second victim and for possible arrest.

“We want to allay the fears in the community that everything is under control. This why we have the police in our community and we keep saying, if you see something, say something, because some of these people would have come around to inspect the area.

“It is our duty to protect lives and properties but some times we need  credible information from our people,” she said.

It was gathered that the Alauga of Auga Akoko, Oba Samuel Agunloye and the Regent Of Akunnu Akoko, Princess Tolani Orogun have  directed their vigilante and local hunters as well as farmers to join other security agents to comb the forest in order to rescue the remaining two victims.

The victim whose identity was yet to be ascertained as at press time was kidnapped and whisked away to an unknown destination while coming out from his poultry and pig farm.

The recent incident which was described as one in too many has thrown the lshinigbo community into confusion as fear has gripped residents of the community.

Reports reaching The Hope Metro indicated that men of the Nigerian Police force and Amotekun outfit have been mobilized for rescue mission and possibly arrest the suspects whose whereabouts are yet unknown.

A competent police source who confirmed the incident said the victim was abducted at the early hours of Wednesday.

A source in the community disclosed that the kidnap appeared to be a targeted one as the hoodlums did not take anything from the victim at the time of his abduction.

A relative of the victim who does not want his name in the print, told our correspondent that the abductors have opened negotiation for ransom.