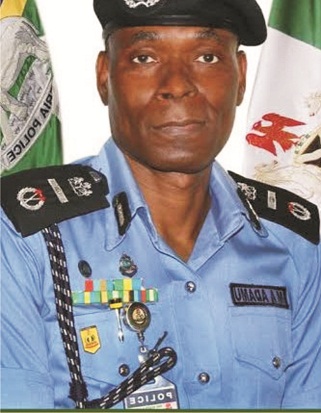 By Michael  Ofulue
|
The Inspector General of Police, Mohammed   Adamu has called for tougher legislation against kidnapping and other heinous crime happening across the country.

Force Police Public Relations Officer, DCP Frank Uba, made this known in a press statement made available to The Hope Metro.

It statement stated that no  fewer than 2,175 suspects alleged to have  committed various offences raging from  kidnaping, armed robbery, murder and cultism related issues have been arrested by the police force.

According to the DFP  (PR) 852 were arrested for kidnapping, 865 for armed robbery, 359 for murder and 99 for cultism related  offences.

He added that 384 arms and ammunitions, including rocket launchers with 19 live ammunitions were recovered from the criminals.

Uba disclosed that 63 kidnapped victims were rescued unhurt by the police operatives.

He stated that Oyo state recorded the highest number with  9,500 live  ammunitions

According to him, the IGP made the call while addressing delegates of the Association of Local Government of Nigeria (ALGON), Nasarawa state chapter led by Mauzu Maifata, who paid him a Sallah visit at his official quarter in Abuja.

He hinted that the police Chief used the visit to intimate them on the successes recorded by the newly launched operation, ‘Puff Adder’ and stressed, that  the call for a tougher legislation against heinous crimes in the country has become necessary to tackle the crime challenges bedevilling the nation and the society as a whole.

The police spokesman,  however, said some of the cases have been charged to court, while others are still under investigation, just as he said IGP Adamu commended the resilience of his officers and men for doing a good job since operation ‘Puff Adder’ came on board.