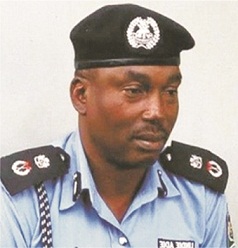 Michael Ofulue
|
As  part of efforts  to ensure that criminals, especially kidnappers  are checkmated the Ondo State, Police Commissioner, Mr Undie Adie, has directed all the  Divisional  Police Officers (DPOs)  covering border towns and villages to effectively patrol the areas and fish out the criminals.

To this end, they are to begin 24-hour surveillance  and patrol in all the entries and exits   of Ondo State especially in Ofosu, Igbotako and Ifon axis  including  boundaries of Ondo and Kogi State to prevent hoodlums incursions into the state.

The Ondo State Police Public Relations Officer , Mr Femi Joseph, who disclosed this to The Hope Metro said it is part of security measures to check criminality in the state.

He said the policemen drafted to the identified entry and exit Police points are mandated to stop and search any suspicious vehicles or movement of any individual around the areas.

Joseph revealed  that effective synergy between sister security agencies in affected states sharing boundaries with the  state, will  no doubt ,help in crime prevention, detection  and control,  just as he said that necessary security mechanisms have been mapped out to guarantee the safety of lives and property of every citizen of the state and the nation as a whole.

He said,   “My CP has given order and directives to all police  divisions covering border towns and villages to be proactive and intensify surveillance and patrol all identified areas sharing boundaries within Ondo state.

“More police men have been drafted to those axis. All  we want is to make sure there is no criminal incursion into our state.

He further revealed  that   “since they began 24 hours patrol in border towns, there has not been any report of criminality happening in those entries and exits points.

We hope to sustain the efforts, while  we call on  members of the public to always give us useful information necessary to tackle all manners of crime head long with collaboration of other sister agencies”, Joseph said.

The police spokesman  advised motorists plying major highways across the state to cooperate  with the security personnel on the  roads.