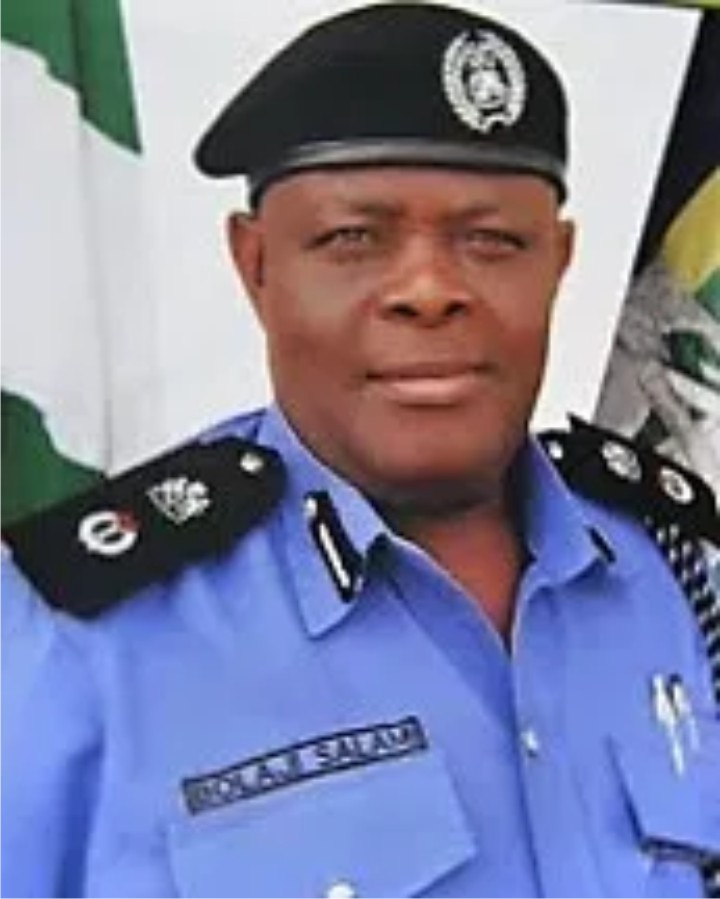 Nigeria is under-policed, her police force is underfunded, unless adequate priority is placed on security in the country, insecurity will continue to be a nightmare, a top police officer has warned
Ondo State Commissioner of police, Mr Bolaji Salami declared this at a media parley with senior editors of The Hope during the week.
He said everybody must rally round to have the right policing for the country and added that the United Nations ratio of one policeman to 400 people is the target of an ideal system where police is well equipped.
“By the time you arrive in a mission house in the UN, you are given a patrol vehicle and walkie talkie, an office, everything you need to work with. When the UN tells you that the police population ratio is between 1-400. Even before I joined police, they always say the needful population of police is between 1-400 when they say 1-400 they are talking about a well equipped policeman.
“What is the proportion of the policemen to the population of the country? Not that they coarse people to pay them for the security. But apart from being under-policed we are still under equipped when it comes to fighting crimes.
“Like I always say, if we in this country rely on the government to provide all what the police needs, it will take long time because government have a lot of children to cater for, security is paramount!
“Like I made an example of Lagos State, I have worked in a division where I have about five patrol vehicles that are donated by individuals and companies you can only say one or two by the government.
“Apart from underfunding, the Nigerian police are under equipped. Lack of right equipment to work with is the major problem of police. We need to be equipped, we still rely on manual way of doing things. The whole world is digital, but we are still analog.
“We know that security is very expensive even at the individual level. Government alone cannot fund it. Lagos is on top of everywhere because of the Police Trust Fund. Until we give security the right priority, we may not get it right.”
On the arms stolen by EndSARS protesters, Salami said almost all the stolen arms in Ondo State have been recovered
He reason that Ondo State has one of the lowest crime rates in Nigeria and adding that the noise about crime rate in Ondo State is more of politics than reality.
On why the police failed to manage the EndSARS crisis that led to destruction of private and public buildings, the police boss said the police only wanted to avoid casualties
“I want to let it be known that it is not that we didn’t have the ability to contain some of the damages that happen, but we restricted ourselves to reduce causality. In conjunction with other security agencies, the military were with us. The perpetrators were of young age and one of the things we lack in Nigeria here is parental care. Government property and buses were burnt and these were items their children went to school with. I asked a question, “Who did this?” They said, “They are children of Okitipupa.”
He said the protest was hijacked by the real criminals who were out to perpetrate evil
On the decadence in the Nigerian police system, Salami said not all policemen are bad including the Special Anti Robbery Squad, SARS but that the bad eggs among them when caught made to face the music
He said police is the only organization in Nigeria that never covers evils of its personnel.
“There is no doubt that the Nigerian Police need thorough training but we are not totally bad compared to other climates. It is not always too tidy to say every policeman is brutal or is a killer. We have bad eggs, but I always say that the only organisation in this country that does not cover up evils is the Nigeria Police Force. For instance, give me the name of any of our men who does something wrong. We will investigate and do the needful. We don’t cover up the offence of our men. As time goes on, we will develop the society and get to where we ought to be.” He stated.