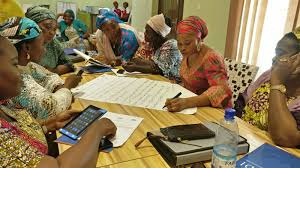 By Victor Akinkuolie, Ado-Ekiti
|
In an attempt to give women more prominence in the nation’s politics, female politicians have canvassed for the establishment of a special political party for women.

The party, which is to be christened ‘Women Democratic Party’ (WDP), would afford the female gender the opportunity to contest elections easily without being muzzled by highly dominant male politicians.

The women mooted the idea in Ado Ekiti on Tuesday at a two-day post election and learning workshop organised by ReclaimNaija for grassroots female political leaders from Ekiti and Osun States, to facilitate increasing women representation in politics.

The politicians were drawn from major political parties, including the People’s Democratic Party, All Progressives Congress, Labour Party, African Democratic Congress, among others from 46 local government areas of the states.

Speaking at the interactive forum, a PDP chieftain  and former Chairperson, Gbonyin Local Government in Ekiti, Hon. Sade Akinrinmola, said time has come for all women to come under one umbrella party and wrest power from men in the country.

“We are facing a lot of challenges among men. Very few women can make it in politics because of lack of financial wherewithals and all sorts of abuses. But if we have a special party where we can all converge ,  it will be easy to mobilise ourselves to fight during elections , because we have the numerical strength”.

“In 2015 elections, Ekiti had two female senators but got none in 2019, likewise Osun. Though, we know that there were few women in the assembly in these states, but the numbers were not enough compared to the roles women played in politics”.

The Commissioner for Information in Osun State , Hon Funke Egbemode, said  political empowerment for women  is germane to the develpment of  any nation,describing women as stabilisers in the society.