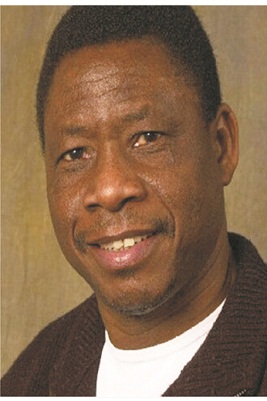 By Mary Agidi
|
Over-bearing influence of politicians, corruption have been attributed as the major impediments to  Nigeria electoral system.

A Professor of English and Communication at the Federal University of Technology, Akure, FUTA, Peter Aborisade said this in a phone interview with The Hope.

According to him, the Independent National Electoral Commission, INEC, is not totally independent as its chairman and commissioners are nominated by the government, hence, the reason it cannot perform against the interest of its principal.

Assessing the performance of INEC in conduct of the 2019 elections, Aborisade berated the processes compared to what was witnessed in 2015.

He further explained that INEC cannot be totally blamed for its low-performance during the just concluded elections in Nigeria.

He explained that for the commission to carry out election responsibility, it relies on the untrusted ad-hoc staff who are likely to jeopardize efforts in order to do the bidding of their favourite contestants.

“The politicians are always several steps ahead of INEC, therefore, we have to situate the performance of INEC within the context of what they are doing.

“The politicians are another difficulty INEC has, they know what INEC was going to do and they are always finding means of short-circuiting the processes and procedures because they are desperate to get into the positions. That creates a lot of problems for INEC and for the smooth running of the election processes”.

Aborisade also decried the large percentage of illiterates in Nigeria saying it is an obstacle to the use of modern technology to conduct election as done in other developed countries.

He also faulted the use of malfunctioning equipment during elections which have always been used as an excuse for inconclusive election.

“Unless we move up in terms of the use of technology in this country, we will continue to have such problem. But it is difficult because large percentage of our electorates are illiterates.

“Therefore, even if you come with the most sophisticated electronic gadgets, you will have problem getting electorate to use them”, he said.

Speaking on the postponement of the general elections, Aborisade said the report he had indicated that the decision was due to some internal frustration orchestrated by some INEC officials which was coined as a logistics problem.

“There are people within INEC who are working against the interest of the commission, and that necessitated the reason INEC came out to say they have logistics problem.

“And such logistics emanated from some of the officials who are doing the bidding of certain politicians as we later found out”, he noted.