Politics with a conscience… 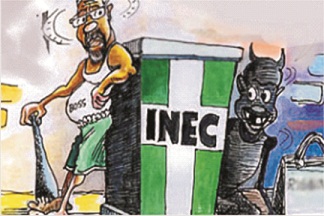 Politics with a conscience:

A call for humanity & taking initiatives to create better government

By Aditi Raman Shridhar
\
Politics is dirty. Politicians are murky. There is no hope for a great future,” are some of the most common feelings about governments and politics in a majority of countries. Barring a couple of countries such as Singapore and Denmark, other countries are still stuck in regressive politics.

There is corruption, greed, hatred, bias, fear and narrow vision in most countries. A lot of schemes fail due to improper visualisation and execution. Take for example, the schemes of Swacch Bharat Abhiyaan (Clean India Mission) which got implemented only in some pockets of India and the figures regarding its implementation in many villages is outright false.

Health is dominated by corporate interests such as pharmacies. Even several of World Health Organisation parameters of normal blood sugar levels and signal for diabetes, have been challenged by many doctors in India. They say the scales seem false. There is over abundance of news that pharmacies actually only sell sugar pills and work on placebo effect.

Instead of peace and connectedness, there is separation among people on the lines of religion, colour, language, caste, creed, communities, customs and mindsets. And this is not limited to India but the whole world.

Marianne Williamson, a candidate for the 2020 US Presidential Elections, and who is also an author and activist calls for humanity to unite with peace and love and bring conscience to politics.“The biggest problem of the 21st century is lack of consciousness. Spiritually, everything in the material world is neutral in itself. It either serves the ethic of love and connection or the ethic of fear and separation. Currently, the world is undergoing regressive politics which instils fear and disconnectedness among people,” says Williamson.

“Inner peace is a signal that you are on the right path and a disturbance in the heart is a signal that you are not. The reason there is so much hatred, fear, resentment and disturbance related to politics in the world is a sign that it is time to move towards a new direction. Consciousness and inner peace in politics is no less important the peace we intend to bring in our homes and relationships. Politics, business, education, relationships, and all other material activities are a part of all of us and we need peace in all of them,” she adds.

Commercialisation is the biggest buzz word of this century. Possibly every item of food, clothing, household items are competing against each other to make maximum profits without taking human interests in mind. For example, selling Coca Cola, Pepsi and other soft drinks, which are injurious to health, are heralded as the best businesses and their CEOs are called to talk shows to talk about their amazing business acumen.

We clap for those who run amazing businesses but which are not friendly for human health. We celebrate Dominos, KFC and McDonalds that only cause obesity and skin issues due to their high content of salt, mayonnaise instead of processed cheese, and a lot of white flour which causes constipation. Yet, the marketing is so elaborate that we get trapped into the glam factor of these products and consume them.

Politics works in the same way. Many political parties which are corrupt and actually have a lot of murky dealing going on hidden from the world, work with extensive sponsorship of large conglomerates and corporate companies.

Politics instil fear in nations and people. Most people do not enter politics because the internal stories sound shady. They seem difficult to live and most give up on the prospect of changing anything through politics. Such people usually become activists and take up projects of cultivating the society with love and harmony by building their own teams and services.

POLITICS BASED ON REALISATION

Referring to the obsolete methods of reducing wars by increasing defence strategies and waging more wars, Williamson says no country is enhancing peace. If we want world peace abundance of wealth, love and harmony for all people in the world, then we have to consciously stop waging wars, stop preparing for wars, stop enhancing defence mechanisms, stop criticising and stop suffering.

In the United States of America today, there is an expense of $718 million on military expenditure and a fraction of it to the International department of peace. And this is because there are no corporate profits in the process of maintaining peace in expanding economic opportunities for women, in enhancing educational opportunities for children. Even staff members in key positions in the governments are CEOs or high-profile people associated with businesses.

Sadhguru, an India yogi who spoke at the International Yoga Day at United Nations last year said in great detail at the conference in front of 75 diplomats that world peace can come only when peace starts with self. “Bring peace inside and in your home and then dream world peace.”

Technology has so outdistanced our wisdom that we have become a threat to ourselves. We have become a species that would rather spend time on screen and entertain ourselves than speak to one another. We have completely forgotten that a human-beings are wired for amazing creations and that can come from just talking and discussing ideas. Our behaviour on this planet is such that we attack our own habitat and species because of not knowing how to operate technology in the right way.

Politics today serves as a method of serving self-interest and not of the people at large. Life works only when we put ourselves in the position of serving others with love and harmony. And this is what we essentially need to bring about in politics, and that can only happen when we associate it with conscience.