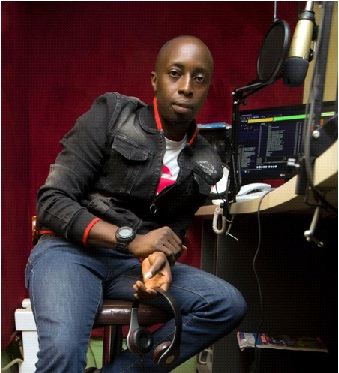 An Air Personality, and Master of Ceremony, Abidakun Olamide popularly known as Lummie, has said that poor remuneration of media practitioner is amajor problem facing the industry in Nigeria.
According to him, presenters have families that look up to them and they are also the face of the station and should be paid handsomely in order to be able to do their jobs objectively.
Lummie, made this known while speaking in an interview with Friday Extravaganza and noted that their challenges they are facing is lack of equipment now that they are in a digitalized system.
The presenter noted that he always had flair for radio as a young boy.
According to him, he came into the industry on his own and started with departmental radio station in 2009 which eventually became the bedrock of the present RADIO AAUA.
According to him, he has moved around the country a little bit. Armed with zero experience but his passion for the radio and like minded friends, he spearheaded the creation of varsity radio (his departmental radio) both content and structure wise back in 2009 and this later became the bedrock of the school owned radio AAUA today.
The graduate of Mass Communication department from Adekunle Ajasin University, Akungba-Akoko, attributed his source of his success to God since he has been on air.
Lummie, an indigene of Ondo State, advised his colleagues and upcoming entertainers not to stop seeking for knowledge and never let the popularity from their job get into their heads.
He added that as public figures, they should know how to carry their personality well and not let it become pride. Other people can do the job better, count yourself blessed to be among those who have the job.”
Lummie, as fondly called, is a lover of all genres of music and one of the few On Air Personality’s with a large personal collection of songs. He also doubles as an excellent radio DJ.
He is the host of Empire Radio 104.5 FM’s weekday breakfast show Morning Buzz.
He is also the host of Saturday’s breakfast show Chill Out Lounge where he deals on family related issues. These two show are the flagship breakfast shows across the state and beyond.
He won the JCI Akure Radio Presenter of the year 2020 and was among the Ten Outstanding Personalities of 2020 in Ondo State.
Lummie noted that since 2009, he has not looked back. Rather, he look forward to better days and years. “Since we are in 2020, its unofficial to say that I’ve been in the industry for eleven years but had my break into mainstream radio was in 2013 with Radio Kwara, Ilorin and officially I have been in the industry for seven years,” he explained.
Broadcast houses should provide adequate wage to assist the OAPs work maximally and favourably competitive with the others in other parts of the country.
“Some media houses also want the OAPs to perform other duties like marketing before they get paid. If you employ me as an OAP, let me function in that capacity and not tie my salary to a duty we didn’t agree on from the start.”
“The truth is that, both the employer and the employee are both doing favours for each other. And if you treat your employees well, it will be difficult for them to get poached to other stations, their loyalty to the station will amaze you but the moment you treat them poorly and someone comes with a better offer, they’ll switch sides to the favourable ones.
Lummie noted that Media House owners should treat their staff well especially their OAPs who are the faces and voices of the station.
He stated that if they are well paid, they will work well and come up with creative ideas, but if not, ideas recycling will be the thing.
While speaking about his relationship with his female clients, the presenter noted that his relationship with female fans is just like that of his male fans.
He mentioned some attributes that OAPs must possess to stay relevant in the industry saying that they should be prepared, and make research on what they want to talk about, they should be engaging themselves, being themselves, consistency of style, be musically Versatile and know their listeners.

‘How I overcame stage fright’