Power of your mind, Synchronizing thoughts, beliefs and emotions for creating the life you want! 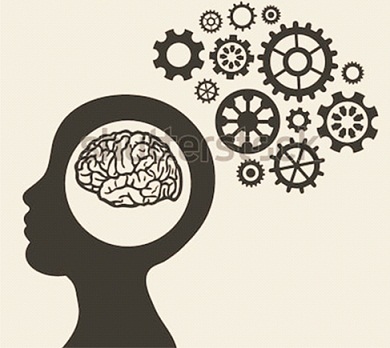 By Aditi Raman Shridhar
|
Every man-made creation that we see on this planet first found expression in the human mind. A popular adage goes like this: “If you can see it in your mind, you can hold it in your hand”. This saying stands the test of time as history is full of such examples.

Nineteenth-century Serbian-American inventor Nikola Tesla wrote in his autobiography that he used to see AC Motors in his dreams years before he invented them. Twenty First-century’s most popular children’s book author JK Rowling said she had dreamt the entire world of Hogwarts and Harry Potter, the most famous children’s book series of this century, before she began writing it.

It is interesting to note that if the human mind is so powerful then why is it that the majority of human race is miserable? Why are people not able to use their minds to their advantage and create extremely happy, peaceful, healthy and fulfilled lives? Depression is predicted to become the leading cause of death by year 2020 and in 2016, the National Institute of Mental Health (USA) had calculated the total number of deaths worldwide caused by mental illness in one year alone to be 8 million.

They predicted that the number will rise every year. So where are we going wrong? World-famous British Therapist Marisa Peer, whose clientele includes the Royalty of England and countless sports stars and celebrities, says that while we generously give credit to the Mind for all the wonderful things that we create in our lives and on this planet, we don’t give credit to the same Mind for creating all the horrible things.

“It is therefore important to check what we create in our mind,” Peer says. “Our lives are the exact reflection of our thoughts and beliefs. People who are unaware of this go through life creating pleasant and unpleasant realities accidentally,” she adds.

As an inspiration to those who want to better their lives, Peer often talks in her lectures about a tiny yet exemplary one-percent of the world’s population that she has been fortunate to meet during her research and therapy sessions, who she says are truly happy, successful and fulfilled in all areas of their lives. Not all of them are celebrities or most famous and wealthiest or politically powerful people. But they are successful because they are happy, healthy, wealthy, have vibrant social groups and they live passionate and creative lives.

And their secret recipe, Peer says, is what they think. Mind is a Wishing Tree So the question is – how to think? There are several answers available out there. One is below. For centuries, mystics and saints around the world have spoken about understanding the nature of mind in order to use it. The simplest concept that I have come across, which finds mention in nearly all religious and spiritual books around the world, is that a well-established mind is like a ‘Wishing Tree’.

In the Indian Yogic Tradition, it is translated as Kalpa Vriksha (Kalpa means wish and Vriksha means tree). The story goes this way: On a certain day, a man went out on a long walk. Many miles later, he accidentally walked into Paradise. Fortunate, isn’t he? He walked deeper into this magical land unable to believe that there could exist a place so beautiful.

After sometime he got tired and thought, “Oh I wish I could rest somewhere. I wish I could find a nice shade somewhere.” He looked around and saw a huge tree. Underneath the tree, there was soft, green grass and it was very inviting. He went towards the tree and slept in its shade. After a few hours he woke up. He felt well rested.

And he thought of all the fine wines. Instantly all his favourite wines appeared before him and he drank. Now with a little bit of alcohol in him, he started losing consciousness and forgot that he was in paradise. He looked around him and wondered how all his desires were met. He thought, “I asked for food, food came. I asked for drink, drink came.”

He forgot that since he was in paradise, all his desires were bound to be fulfilled. He started getting puzzled and soon he started imagining that there must be ghosts around him who fulfilled his wishes. He thought, “There are bound to be ghosts here.

I am sure they will surround me and torture me.” Instantly, ghosts came and started swirling around him and torturing him. Now too scared to even act, he thought, “Oh God. Now they will kill me.” And he died. Just hours ago he had said he was a fortunate being and not a day later he died. The problem is that he was sitting under a Wishing Tree, the Kalpa Vriksha.

Your Mind is your Wishing Tree.

In the Indian Yogic tradition, a well-established Mind is referred to as the Wishing Tree. If you organize your mind, it internally organizes your thoughts, emotions, beliefs and your body. Once these four dimensions along with your life energy are organized in one direction and kept unwavering for an extended period of time, anything you wish, manifests. You can easily find examples in your own life when you had a certain desire, you made that into a crystal clear goal and then directed all your energy, attention and mind towards achieving it and I am sure you manifested it just as you had visualized or perhaps even better.

Understanding that the mind produces various emotions is the key to enhancing the quality of your life. There are various sensations it produces, such as sadness, anger, happiness etc. The entire gambit of emotions can be simply categorized into two sets – pleasant and unpleasant feelings. Unpleasantness creeps in when one’s life doesn’t happen one’s way. We feel as victims. But we forget that just like the man in the story above, we very quickly lose awareness that we are creators and that we ourselves are wishing trees. Instead we forget that and invite all sorts of fears in our mind.

We suddenly feel powerless and instead of consciously re-organizing our minds and energies we let them scatter away. As a result, we don’t achieve what we set out to. Besides our own internal web there are various other influences on our mind and they are much bigger than we can imagine. It is the web of cultural and societal expectations we live in. In every society on this planet, there are a set of social norms and traditions that have been established for generations.

For example – the goals one’s ancestors set in their life, the lifestyle a society has set as a benchmark to achieve, the experiences one’s peers pressurize into to gather. The problem occurs when an individual doesn’t feel attracted to all these goals and wants to keep away from them in his life but others don’t approve of it.

We have all been called ‘rebels’ by our families at some point in our lives when we didn’t do things as others expected. And every such act of rebel causes emotional pain. There is discord, argument and it doesn’t leave the people involved with a pleasant feeling. While some emotional pains might be minor in case of minor events in life, others have the capacity to completely overturn one’s life. One’s inability to move on from there usually makes the life ahead even tougher.

Therefore, asking yourself what you want and why you want it, which goals align with your being and which ones don’t, which experiences will evolve you and which ones won’t, and having the courage to choose them with or without the approval of others, and creating minimal friction with your loved ones is extremely important.

Thankfully, there is a lot of help available on the internet. To begin with, the word ‘manifestation’ has become the new Mantra these days and there are some really authentic, world-class, well-trained speakers on the subject of mind.

The Personal Transformation Industry is rapidly gathering steam and topics such as ‘how to make your life happen your way,’ ‘become the creator, not the victim,’ ‘learn how to achieve anything you desire,’ ‘remould your life,’ are just a click away on the internet. Choosing who you want to learn from is equally important as not everyone’s methods may be so beneficial for you and like in every industry, there are some complete waste-of-time speakers here too.

Such an unprecedented research on the Mind has naturally taken place due to the amount of emotional pain and mental illnesses of varying degrees that people are reporting about from around the world. The taboo associated with psychological discomforts and walking into a therapist’s clinic is declining now, even in conservative Asian, European, Arab and African societies.

Some more than others but the change is perceptible. More and more people are signing up for classes, online and offline, on mental and spiritual evolution and choosing to make their lives better and also this planet. In my understanding, this is by far the biggest leaps of mankind in the 21st century. What do you say to yourself, what is holding you back, what do you desire?

Hoping to stir you a little with these questions, until next week.