Power sector in the shadow of darkness 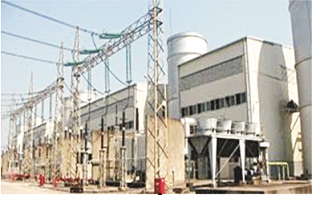 Power sector in the shadow of darkness

By Theo Adebowale
|
It was exciting that Monday morning. The morning devotion was on power and authority; a subject political scientist would ever want to study. And now tuning in to a radio station, there was a report on the power sector. What made it more exciting was a discussion we had over the weekend. Everybody agreed that until the power sector is fixed, Nigeria should forget about development.

The economist had insisted that small scale and medium scale industries were operating under an excruciating cost of production which would be drastically cut by a steady, constant supply of power. The best they could do in the absence of power supply is to under-produce, shut down, or produce at high prices. It was the same reason major manufacturers migrated to neighbouring West African countries. Power is steady, labour is cheaper over there, but consumers reside in Nigeria. It was therefore timely that something would be reported on the power sector.

Then the report. The Nigerian Electricity Regulation Commission has approved an upward review of tariffs with effect from April 2020. I took the report so personal that it spoiled my mood for the rest of the day. One wonders whether Nigeria would ever get out of the woods. It has been shown time and again by experts that unbuddling the National Electric Power Authority was sound policy. Privatizing the sector was also considered responsible. What is wrong is the competence of those that were beneficiaries of the deal. They do not have the financial resources to do business, the reason government had to source for funds for them. Also they were not in the power sector, so they lack the necessary industrial competence, and thirdly they are now in the power sector to exploit Nigerians. In order to achieve this, they do not subscribe to the prepaid meter as medium of measure. They prefer to project income and estimate the bills for consumers.

To this end, the distribution companies especially Benin Electricity Distribution Company had turned down supply on many occasions. The DISCOs put up a defence that the Federal Government does not obey the letters of the content, and so varies the terms to their loss. So, not a few Nigerians thought that at the end of the five years when the contracts were reviewed, some DISCOs would disengage or be disengaged. We were mistaken. The conspiracy between the ruling class and their economic compatriots is watertight. Since they are both units within the same class, they cannot hide their contempt for the rest of us, and do not bother whether or not our misery multiplies.

So, when the news was reviewed on the radio the same day, one begins to worry how the report that spells out those details would have been fake in the first instance. Perhaps, it was the timing of the report that was mistake. With the harmattan in town and a possibility of water levels falling and hydro power supply in Kainji and elsewhere falling, what good would the tariff hike do to their exploitation?

Thank God that revolution has been prohibited in the land, otherwise what would be the likely reaction of an average Nigerian to the spate of increases in official charges like Value Added Tax and electricity tariffs?

Occupiers of leadership positions must not be unaware of the capacity of the powers of darkness to mislead them into believing that there is peace when there is unemployment in the land and hunger is pervasive. It becomes more dangerous when citizens continue to be enlightened of great possibilities in the economy and that it is the deliberate government policies that deny them of taking advantage of population, raw materials, climate and vegetation of the land in the first place. It is also in its interest that government should realize that the other political elites outside the ruling class would rejoice when it fails, or chooses not to comport itself within the zone of comfort.

To be specific, millions of clients all over Nigeria have frowned at non-provision of prepaid meters, condemned estimated billing system, but in spite of several promises to supply the meters, they are to receive higher tariffs, how does that explain attitude of government to public outcry? To succumb to pressure of distribution companies and their undue influence on public officials is condemnable. But more disgusting is the fact that a group of unpatriotic, dubious business persons whose original mandate was to sabotage the economy can now comfortably continue to operate a critical sector of the economy under a government that promised CHANGE and it is at the ‘Next Level’ of delivering change? The distribution companies in the past five years or so, have demonstrated that they have no value to add to the economy of Nigeria.

If anything, beyond accommodating the appetite of public officials, making donations to campaign funds and thickening darkness over Nigeria, there is no difference they can make. And because they are so desperate to hold on to the jugular of the Nigerian economy, for them no distance is too far, no crime is too much to retain the power sector. If the land borders remain closed for another 10 years without the local industries expanding in production quality and capacity. It would have been an exercise in futility. It is only when manufacturing is taking place, industries are producing and quality is advancing that the economy can be performing.

France came two weekends ago to move eight West African countries to ECO promising to integrate the currency into Euro because she knows Nigeria has nothing to offer. A vibrant power sector to revive the economy is one of the basic instruments required to force the change. Definitely, the electricity distribution companies that we have do not share such aspirations with Nigeria, and public officials do not seem to have that in their reckoning.

It is imperative that the Federal Government should review extant power policy to bring about synergy in the local and international economies, foreign policy and technology. The global village has no tolerance for mediocrity and incompetence. Nigeria policy makers must also realize that France will be too obliged to make Togo outshine Nigeria in order to discredit her leadership and promote neo-colonialism if she could afford the cost.

When government neglects the goal of attaining efficient provision of essential infrastructure, and sacrifices it on the altar of making certain unpatriotic characters happy, it has abandoned seeking solution to leprosy in order to cure guinea worm. To pretend that the power sector would sort itself out, is to surrender the economy to the powers of darkness and make the people suffer in spite of abundant provisions made by nature to ensure their comfort.