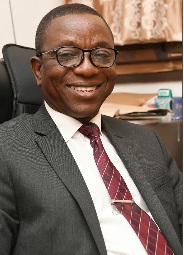 Declaring the workshop open in Akure, the Special Adviser to Governor Akeredolu on Union Matters and Special Duties, Mr Dare Aragbaiye, observed that it was evident that the State needed to prioritize and streamline the implementation of its projects in the face of paucity of funds and the resolve to leave no project abandoned.

He explained that the workshop is a follow up to further drive home the point that government is on course to a better and a more effective and efficient project implementation.

Aragbaiye added that the programme which started two years ago was to actualise key aspects of the Akeredolu’s REDEEMED agenda and One administration mantra.

“Right from the Transition Strategy and Implementation Committee (TSIC) phase of Mr. Governor’s second term in office which I was privileged to chair, it was quite evident that the State needed to prioritize and streamline the implementation of its projects in the face of paucity of funds and the resolve to leave no project abandoned.

“Thus, I urge all participants to take this workshop seriously. Beyond its subtle capacity building objective, it is the perfect platform to help the State make a collaborative and informed decision on its direction, project-wise.

“I want to appreciate the help of the partners from Republic of Senegal’s Operational Unit for the Delivery of Senegal’s Emerging Pla, BOS/PSE and the Consultant who have been helping the Performance and Project Implementation Monitoring Unit (PPIMU) throughout this Project Prioritization process. Also, an appreciation goes to the Director General, PPIMU for organising the workshop”, Aragbaiye added.

Also, the Head of Service and Co-Chairman, Pastor Kayode Ogundele, explained that the workshop is an ongoing exercise designed to give the selected officers adequate knowledge on how to prioritize projects in the state to better serve the people and the state at large.

The two-day workshop which was attended by relevant stakeholders and some members of the State Executive Council will be rounded off today Wednesday.

Life and Times of Pele