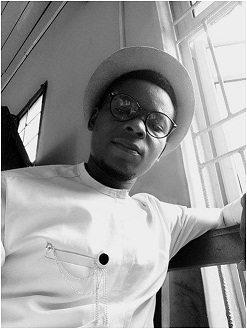 Even as many entertainers depend on drugs for inspiration, Taiwo Owaniyi, one of the youngest saxophonists in Nigeria has described prayer as the only thing that inspires him.  Popularly known as “Brass Oracle,” Owaniyi is a graduate of Music from the Obafemi Awolowo University (OAU), Ile-Ife.

Owaniyi  hinted that the only drug that inspires him is, ‘prayer’ It gives me inspiration. At times, if I have ministration of 30 minutes, I could fast for two days with hours of prayers. That’s how I do my thing and guess what? It works like magic.”

In an interview with Friday Extravaganza, the  entertainer while responding on if he has experienced  over tures from female fans, pointed out that he has not experienced something of such.

On how he handles advances from female fans, he said, let me say, “I do not see myself as a celebrity, but as a minister of the Gospel. Howbeit, Holy Spirit helps me to handle such temptations.

“I can’t handle the advances on my own, so one of the things I have learnt to do as Bible has directed in the book of Galatians 5:4 is, “walk in the spirit and ye shall not fulfill the lust of the flesh. “So, Holy Spirit has taught me to flee from every appearance of evil, and whenever I see advances from ladies, I flee especially because I am engaged already.”

Speaking on supposed factors responsible for some artistes who started well, but failed to hit stardom, he disclosed that a lot of factors could be responsible for such. “It could be lack of good character, attitude or laziness. These are some factors on the part of the artistes. Also, it could be that the artistes didn’t get to see someone to help as we all know each and every one of us need connection in one way or the other. We need someone to lift us up.

“Most importantly, one major factor could be that the artiste is yet to know the greatest lifter and that is God. With God as one’s source, one will definitely get there someday. The Bible says, “There is time for everything under the Sun” Also, the Bible says, “When the time is right, I the Lord will make it right.”

Speaking on why drug abuse is synonymous with artistes, Owaniyi attributed it to “Stage fright.” Most of them are always afraid to mount the stage or pulpit to face the crowd.”

Well, stage fright is actually real but it can as well be managed. One can get over it with time. I also had stage fright before not until I kept rehearsing indoor and I was never shy from the stage.

“So, one can get over it without using any drug. It is possible to perform without drug influence. At least I am a living witness,” he said.