INCIDENCES of fire outbreaks have become a recurring ugly phenomenon in Nigeria unlike in modern societies of the world. High occurrence of fire outbreaks is usually recorded from December to April being the driest season of theyear in Nigeria. The period always witnesses the worst annual destructive environmental phenomenon of widespread fire hazard both in the cities and in the rural areas where large farmlands are often devastated by fire. Of course, it is the time farmers and hunters in their efforts to clear farmlands by burning to replenish the land for preceding planting season and hunters while hunting for animals set fire on bushes respectively.

The consequences have always been unintended spread of wildfire to other areas including farmlands consisting economic trees such as timber and cocoa, a major source of income in Ondo state. This has become a serious source of concern to  Nigerians including policy makers and hence the need to sensitize the public on the likelihood of the danger of fire outbreak, its consequences and how to prevent its spread when occurred.

INDEED, the need for adequate precautionary measures to prevent fire outbreaks and its devastating effects during the dry season becomes more imperative because in addition to its destructive tendencies generally, the “World Life Expectancy Report” of 2016 ranked Nigeria first in the World for deaths by fire. Available records indicate that between 2019 and 2021, Nigeria experienced severe fire incidents leading to 79 deaths out of 68 fire cases recorded in 18 months.

THE reason for this isn’t the number of fires per se, but the absence of sufficient sensitisation of fire prevention and escape techniques. The various fire services at  the Federal and State levels have not been appropriately equipped and managed to be effective to prevent and stop incidences of fire in the country.

FIRE outbreaks are caused by several factors which could be either natural or human activities. Some of the prominent causes of fire outbreaks in the country include faulty electrical appliances, frequent power outages, power surge, electrical sparks, illegal connections, substandard building materials, carelessness on the part of the people, use of indoor generators, failure to comply with town and building development regulations among others. Other factors include storing up adulterated fuel at home, siting of filling and gas stations near residential and market places, bush burning, hunting and smoking which may drop light on the ground,

ALSO, occurrence of fire outbreaks may result from neglect of fire safety measures during design and construction of buildings. In addition, fire outbreak and its devastating effects are exacerbated by dryness of the dry season and hence the need to bring this to the notice of the public since we are at the peak of another dry season.

IN Nigeria, there is a marked lack of smoke alarms, fire blankets, clearly marked escape routes, fire extinguishers, and regular fire drills in markets, offices, blocks of residential flats and public spaces. Since incidence of fire is inevitable, therefore, when fire outbreaks occur, they easily spread and affect wide area with huge losses in lives and properties.

THE Hope notes that the incessant fire outbreaks in the country have led to destruction of lives and properties. Most of the fire incidents occurred in marketplaces, Petrol/Gas stations and sometimes residential buildings.

FIRES  impact people, property and the environment in all countries around the world. In some cases, the resulting losses are extraordinary, causing hundreds of deaths, widespread damage to property and contents and significant impacts on the environment. Valuable vegetation and economic trees such as cocoa plantation, wildlife and small animals are lost in large proportion to perennial fire outbreaks in the country.

TO prevent the debilitating destructive effects of fire outbreak, there is the need for proactive actions to curtail and reduce their impacts. Of course, since fire outbreak will always occur, emergencies response plan must be put in place that is largely not available in most states and communities in Nigeria. Also, indiscriminate bush burning should be discouraged and a  law  forbidding bush burning  should be strictly enforced. The Federal Fire Service, States Fire Services and other emergences response organisations should be appropriately equipped to act during fire emergencies and they must be alive to their responsibilities.

THERE also the need to sensitise and educate members of the public on the inherent dangers of fire outbreak especially during the dry season when things are more easily inflammable. This can be achieved through embarking on massive public awareness campaigns on the prevention of fires, evacuation tips in case of fire disasters and how to contact the fire service in an emergency. 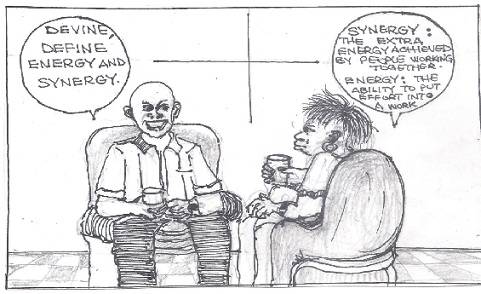