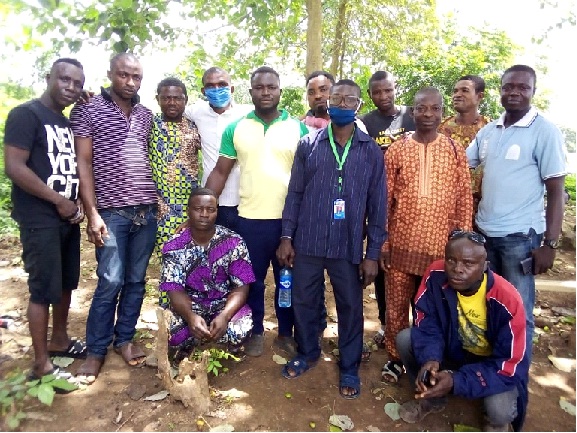 The high price of bush animals have been attributed to depletion of forests and inception of rainy season.
The State Chairman of the Young Hunters Association of Nigeria, Mr. Adeleke Samuel disclosed this in an interview with The Hope, in Akure , the Ondo state capital.
Samuel said prices of bush animals are generally on the increase during rainy season, when they are scarce in the forest and difficult to hunt for as the weeds and bushes overgrown making them scarce unlike during the dry season.
He said hunters have to go extra miles in search of the animals, saying there are times they returned from hunting expedition without any and were compelled to sell at a higher rate.
He noted that prices of the animals depend on their sizes and species, noting that a bush pig was sold for N40,000, while prices of Anaconda range between N12,000 and N18,000 respectively.
The scarcity, he said affects the supply where there is high demand for them, bringing in the forces of demand and supply and the product is sold to who can afford the price dictated.
He also said the high cost is due to COVID-19 which according to him has increased prices of every item including the bullets and transportation during their hunting expedition.
“We also operate same market with the rich, the political office holders and the salary earners while hunting is our own source of living to cater for the family and other things”, he said.
A bush meat and palm wine seller along Akure/Ado road, popularly known as Iya Demola, told The Hope that price of animals they buy have increased with between N2,000 and N3,000, increasing the cost of a piece of meat which usually sells for N200 to now sell for N300.
She noted that hunters sell only to those who can afford to buy at high price not minding what they will sell to complement the sale of their palm wine.
A customer who refused to disclose his identity along Sagari expressway, where some animals were displayed for sale by the hunters, said he cannot do without eating bush meat in a week.
He said he preferred the bush meat to any other type of meat because it is more nutritious and less in cholesterol, which he said is good for the body.