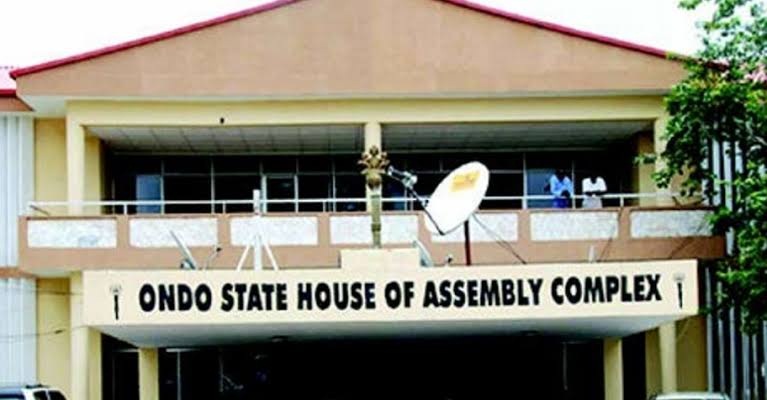 Ondo State House of Assembly has said that Polytechnic education must be prioritised, as the practical use of acquired scientific and technical knowledge will boost socio-economic development in Nigeria.
The Chairman, House Committee on Tertiary institutions, Mr Felemu Gud- Bankole stated this during an oversight visit of the committee to Rufus Giwa Polytechnic ,Owo.
According to him, the visit of the committee was to reiterate the commitment and support of the house and also ensure that the success recorded by the Akeredolu led administration is sustained.
Mr. Bankole appreciated the efforts of the rector and his management team for their quest towards making the institution a leading one in quality, training and research for human development.
He noted that technical institutions play a crucial role in providing excellent education and training in all vocational programmes, especially when it comes to practical skills on jobs.
The lawmaker commended Governor Oluwarotimi Akeredolu for the feat recorded so far in the institution, assuring of the 9th Assembly’s support to facilitate the institution in making a difference locally and globally.
He called on tertiary institutions in the state to explore ways of generating revenues internally such that the managements would not have to look up to the government for solving all their financial problems.
Other members of the committee who spoke lauded the achievements of the school, and encouraged the management to keep it up.
Earlier, in his welcome address, the Rector of the institution, Gani Ogundahunsi thanked the committee for their visit and support, maintaining that the mandate of the Polytechnic is to always be the first among equals in the country.
While highlighting some of the achievements recorded under the present administration, Mr.Ogundahunsi said the vision and mission of the institution is to stimulate the spirit of excellence in teaching and research, promotion of creative and innovative thoughts that will stand the test of time.
The Rector said, “We wish to leverage on this great visit to request the committee to assist and ensure that more resources are deployed to the institution in view of the fact that Rufus Giwa Polytechnic, Owo is the oldest higher institution owned by the Ondo State government”.
He added that the council and management of the institution are making genuine efforts towards holistic turning the school around for better by ensuring the blockage of all financial leakages, attraction of grants to the institution for massive capital project development.
The committee were later conducted round the institution for inspection of some new and ongoing projects.

Fuel subsidy: Who is deceiving Nigerians?