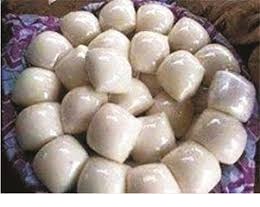 From Fisayo Akinduro, Osogbo
|
Caterers and food vendors in Osun State have been warned to stop the dangerous act of using paracetamol to tenderise meat and  also using ‘hypo’ a bleaching detergent for cassava processing to induce ‘whiteness of fufu and gari.’

The warning was issued by the Special Adviser on Public Health, Pharmacist Siji Olamiju and the state Commissioner for Information and Civic Orientation, Mrs. Funke Egbemode in Osogbo, at a joint news conference to address the harmful effects of the illicit acts on vital organs of the body.

Olamiju disclosed that the dangerous trend in public health was recently uncovered by the state public health surveillance volunteers who were assigned to visit primary health centres across the state.

Describing the act as criminal and one borne of deadly ignorance, Olamiju admonished the perpetrators to desist as it portends great danger to the health of the consumers in the state.

The Adviser alerted that ‘hypo’, which is a bleaching agent meant for laundry ought not to even get in contact with the skin, particularly the alimentary system.

Egbemode disclosed that the decision to embark on a state –wide awareness campaign and public sensitisation on the issue was aimed at educating caterers and cassava processors  averting possible adverse health implications of the illicit acts which had been on over the years.

She further revealed that the awareness campaign was sequel to the worrisome report of the sharp practices which was given at the first state executive council meeting in the new year.

She said, “Discovery has shown that paracetamol; a pain relieving medication is being used as tenderiser to boil meat and to process tough cowleg in order to cut cost and to reduce the cooking time.

She also lamented the usage of ‘hypo’ detergent to process cassava without minding its harmful health implications on vital organs of the body which she identified, could  cause slow and instalmental death.