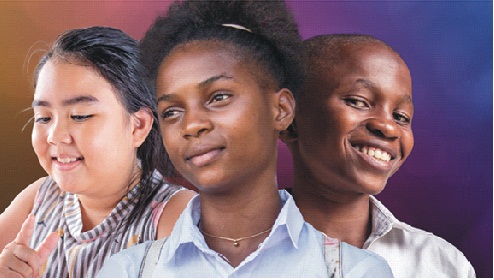 V  irtue is an admirable quality or work of great merit, it is the essence of our personality and moral excellence. Therefore, when we put it into practice regularly, we tend to live a purposeful life.

These are set of attractive qualities, ways of behaving that makes a person different from others and also nice to be with.

According to research, virtues are important because they are the basic qualities necessary for our well being and happiness. By recognising the importance of virtues in our lives, it will lead to better communication, understanding and acceptance.

There is a proverb that says “charity begins at home”, likewise, virtues are portrayed through one’s character and upbringing and the teaching and learning process of these virtues starts from home.

It is sad that these virtues are not being promoted anymore, the importance of these virtues have been degraded and immorality have substituted it.

Young girls, youths and even adults today are being involved in immoralities and vulgarity. Chastity and morality are not being valued by females and indecency have taken place in homes and society.

The deficiency of these virtues has been observed to have been caused by so many factors which include, upbringings, as  a result of bad home influence, when a female have a poor and morally questionable upbringing, it tends to have a bad influence thereby devaluing the moral life of the person.

This deficiency is also caused by bad influence of the society, most females emulate whatever is in vogue, regardless of whether it is wrong. Adults who are supposed to be good role models to the female youths have become bad role models to them through their unethical actions.

How can this modesty and decency virtue be promoted when morality is not being promoted and encouraged in the world anymore.? The modest and decent females are considered as fools, while the indecent ones are seen as the wise and big girls, leaving the modest females intimidated and disappointed.

Young girls mostly teenagers are being debased for unworthy profits and motives. It is appalling to know that these acts keep increasing everyday.

Beauty as one of the female virtues truly is a virtue with an attractive quality. it can be through the physical appearance, a female mindset or her personality and character.

However, females should not see their physical appearance as everything but see a good character as an essential feature in them, it should be noted that one’s character is one’s beauty and we should not allow this beauty to turn to pride .

Moral ladies who exhibit these virtues in their lives behave and comport themselves In a way which conform with the rules and principles of the society.

Females should exhibit unity and support to one another so as to promote love and peace in the world, showing genuine happiness and love to one another, seeing ourselves as sisters, and by standing as one cannot be overlooked.

Loving and valuing oneself as a female is the key to happiness. Learning to love oneself will bring dignity and respect even contentment as a virtue. Females should understand that unhappiness sets in when comparism and discontentment is allowed in one’s life.

Confidence and self- dependence are virtues which make females unique and also bring elevation to the female world. Confidence makes a female self-reliant and empowered.

Also, Compassion as a virtue is an act of being kind, by showing compassion and kindness to others in order to relieve them of their burdens.

Females should know that the treatments we receive comes from the way we place and present ourselves. If you present yourself as a queen , you will definitely be treated as one  and if you create the impression of being insignificant, you will be treated as nothing.

Females, especially mothers should be aware that their actions tend to have either a positive or a negative influence on their daughters

Parents should help in inculcating these good virtues in the mind of their children and also teach them the importance of good conduct.

Wives should demonstrate the patience and humility virtues in their various homes. Mothers and women in the society should serve as a good role model to these young girls who are going to be future mothers in the society.

Virtues should be exhibited so that they can be emulated and restored. Also, females should live a life that could presents these good virtues in them, while these virtues should be appreciated in the society as well.

Why you should prepare for your marriage

Why values matter in marriage