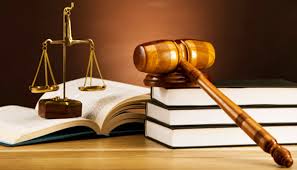 From Sade Adewale, Ondo
|
A 28-year-old prophet , Babalola Gbemisola   was   on Monday arraigned before the Chief Magistrates’ Court in Ondo, for unlawfully  having  carnal knowledge of a  teenager  (names withheld).

Addressing the  court,  the police prosecutor,  Gbenga  Akinsulire, said the  accused  indecently  dealt with  the victim by molesting  her.

The accused was said to have committed the offence June 4 ,2019 at Totogbe Street Ondo.

The charge sheet read in part,”That you, Babalola Gbemisola on June 4, 2019, at lotogbe street, Ondo, in the Ondo Magisterial District did unlawfully and indecently assaulted one (names  withheld)  by having carnal knowledge Oof her.

Akinsulire said the  offence was contrary to and punishable under section 360 of the Criminal Code Cap, 37 Volume 1 Laws of Ondo State of Nigeria, 2006.

Gbemisola  is now facing one-count  bothering on carnal knowledge, he however, pleaded not guilty to the charge preferred against him.

The police prosecutor, Gbenga Akinsulure, told the court that he would be calling three witnesses to testify in the caseand  applied that the matter be given back to the police for further  investigation.

Counsel  for the  accused  Omoba Adekunle Adetokunbo,  applied for the bail of the accused in most liberal terms.

The  magistrate, Mrs Odenusi Fadeyi granted the  accused bail in the sum of N1,000,000 with two sureties in like sum.