Home In Our Neigbourhood Punishment for a heartless wife 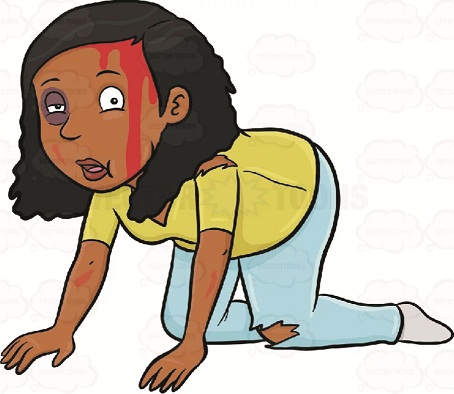 With Sunmola Olowookere
|
The devil is an unfortunate being who gets blamed for any mishap that happens to men. The blame is usually heaped on his hapless head. The cause of the current brouhaha which ensued in our neighbourhood had also been laid at his doorstep.

Our forefathers in the Yoruba race while praising the devil, Esu usually say the following words

(Loosely translated, it would mean Esu, the powerful dreaded god who stays at T-junctions that could implicate you in a crime you know nothing about. He is the one that can cry more than the bereaved. Please afflict others, don’t afflict me)

Esu (devil) is a dreaded god in the Yoruba mythology. Most of his worshippers seldom asked for his help. They simply beseech him not to afflict their lives and just let them be.

in this case, Esu had left his abode at the T-junction and took up headquarters in the home of a young couple in our neighbourhood where he wreaked untold havoc which has left the home in total chaos.

The wife teaches at a private school  and receives meager salary while the husband handled a small fishpond at the back of their house.

They lived simply within their means and kept mostly to themselves. They were like siblings and they did most things together.

What caused their fight on this fateful day will continue to remain a mystery to the residents of our neighbourhood.

It was late in the night when it happened and the neighbours heard the husband’s voice calling for assistance.

The bold ones among their closest neighbours rushed into their house and saw the wife lying by the door and writhing in pains while blood flowed in rivulets from a deep gasp on her shoulder, at a place close to her neck.

A machete stained with blood was on the floor while the husband stood over his wife still calling for help with agitation.

The first sympathizer that came in immediately jumped to conclusion upon seeing the scenario on the floor that there had been an armed robbery attack on the couple.

He bellowed ” armed robbers!! Help!! Where are they? “

The husband mumbled “it is not armed robbers. It was me. We were fighting and in my anger, I mistakenly hit her with my machet on her shoulder”.

The man and the other residents who had gotten there by then recoiled in shock at the admission. For a moment, no one could speak. Then, they sprung into action. Some of the women took a towel and made a pad on the wound in order to stem the flow of blood.

They were puzzled and they could not help asking him what went wrong that could have provoked him to the extent of hitting his wife with a machete.

He explained in a bid to justify his actions. ” she poured soup into my fish pond over a very trivial matter and I got angry. She gets angry easily. We were not fighting before. In fact, we just took a bath together before going in to sleep. Please she needs medical attention. What can we do?”

Someone brought the idea to call the neighbourhood doctor (a chemist who carried out several medical interventions that she was not licensed to do).

She was summoned and she offered to help stitch the wound as it could generate questions which could lead to the arrest of the husband if she was taken to the hospital.

They bought her idea and she went over to get her equipment to do the stitching.

That was how the incident was quietly settled and the husband despite the loss of his livelihood drew his wife closer.

The husband was never arrested for the assault in spite of the waggy tongues in the neighbourhood.