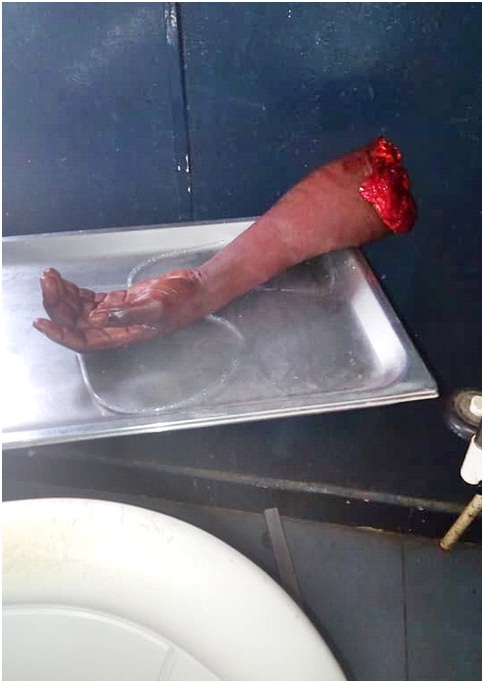 A  quack, Yusuf Olaniyi,  has appeared before an Ede Magistrates’ Court for allegedly cutting off the hand of his patient, one Isa Fatiu.

The police arraigned Olaniyi, 45, who claimed to be a medical doctor, for committing the offence between August 3 and November 27, 2021 at an hospital in Ede.

He was charged for attempted murder, false representation, breach of public peace and unprofessional act. But he pleaded not guilty to the charges leveled against him.

Police Prosecutor, Rasak Lamidi, told the court that the accused person whose address was not provided, paraded himself as a medical practitioner and cut off the hand of his patient, Isa Fatiu.

He said the accused person carried out the operation, knowing fully he was not qualified for such practice.

The prosecutor said the situation led to the breach of public peace between the family of the patient and the accused person.

The Defence Counsel, Mr T. O Shittu, prayed the Court to grant his client bail in most liberal terms.

Magistrate O. Ajala, in her ruling, granted the accused person bail in the sum of N500,000 with two sureties in like sum.

She adjourned the case till April 5 for hearing.