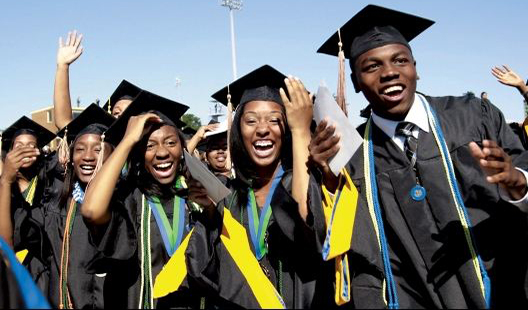 By Michael Ofulue
|
The only panacea for good governance and effective leadership in Nigeria is for the youths who are the leaders of tomorrow to obtain qualitative education that is capable of bringing a desirable change in the political development of the nation.

This was the submission of the Guest Lecturer, Mr Rotimi ogunleye at the occasion of the Fifth Anniversary of Chronicle Magazine held at the Royal Park Hotel, Ijapo Akure, last weekend .

Ogunleye who said it is right time Nigerian youths rise up and take up leadership roles of the country posited that education is a means of attaining leadership position in any aspect of human life adding that until the youths realise that they are leaders of tomorrow by actively involving in politics and taking over leadership from the old generation of politicians, it would be difficult for them to reap the dividends of democracy.

His words “qualitative education is a yardstick for a quality leadership because it transcends to the society and therefore youths are encouraged to acquire quality education that would help them to hold political positions and bring a desirable leadership change.

According to  the guest lecturer, it is easier for politicians to use illiterate youths to achieve their aim adding that it is only educated  nigerian youths who can easily effect a meaningful change without resorting to hooliganism, fighting or firing a single gun .

He was of the opinion that political office holders and their leaders are not showing good example that the youths will follow by the way of vote selling and buying adding that with youths involvement in politics, they can use morden technology to fight corruption in the land.

“We must all discourage buying and selling of votes in this country and we can do this when the youths who have acquired quality education participate fully in politics and hold leadership positions “.

Earlier in his opening remarks, the Publisher of Chronicle Magazine Mr Olaseeni Oyesusi appreciated all the invited guests and distinguished Awardees for accepting their nominations and honouring the invitation for the fifth year anniversary of the magazine.

Some of the Awardees are, Surveyor Abiodun Adigun, Alhaji Jimoh Dojumo SSA to the governor  on security who bagged an Award  of pillar of security in Ondo State, Prince Kunle Ariyo of OSRC Hon Omowumi Olatunji  who bagged woman of the Year Award, Chief Alexander Oluremi Ajipe.