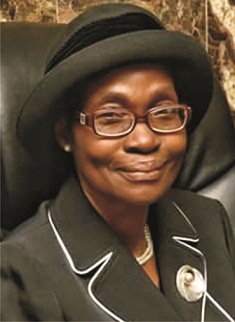 While delivering his judgment, the trial judge, held that the testimonies of the prosecution witnesses sounded genuine, while the testimony of the accused person, Ayeni, was a segment of his imagination.

The court, which found the accused guilty and convicted him, posited that the prosecution had proved its case against the accused person beyond reasonable doubt.

Ayeni, was earlier dragged before the court on March 28, 2017, for having forceful carnal knowledge of his neighbour’s niece.

During the trial, the guardian of the victim, one Veronica Adegboye, testified before the court that the victim was her neighbor, who lived in the same building with them.

She said on the fateful day, Ayeni waylaid the victim on her way to the toilet and lured her into his room, under the pretext of sending her on errand.

Adegboye added that the victim told her the convict raped her when she saw blood coming out of her vagina, after which she reported the case at the ‘B’ Division, Oke-Aro, in Akure, Ondo State capital.

The victim, in her testimony also corroborated the evidence of her guardian.

According to her, “on the fateful day, the convict locked her inside his room when she brought the sachet water he sent her to buy.

“He tore off my underwear and removed his own boxer shorts, while pinning me to a chair in his room and covering my mouth.”

She said she struggled to free herself and pleaded with the convict not to rape her, but he turned up the volume of his radio.

While testifying, the police witness, one Sergeant Lorreta Ebuka told the court that the victim’s guardian who was her maternal aunt reported the case at their station and that she was detailed to investigate the case.

She stated that she had gotten a photographer who took a shot of the girl’s private part, while medical examination carried out on the girl showed her hymen had been broken after which the statements of both parties were taken, while two phones; were recovered from the accused person

In his defence, the convict, being the only witness, stated that the victim’s aunt resented him because she was owing some money he kept with her.

He denied ever raping the girl, saying her aunt only wanted to implicate him.

In his judgement, Justice Bola stated that the medical examination conducted by one Dr. Martins Adesida now deceased revealed that there was a laceration of about 2 centimeters long in the victim’s vagina which was stained signaling that there had been a penetration.

The trial judge had consequently declared him guilty as charged and sentenced him accordingly.