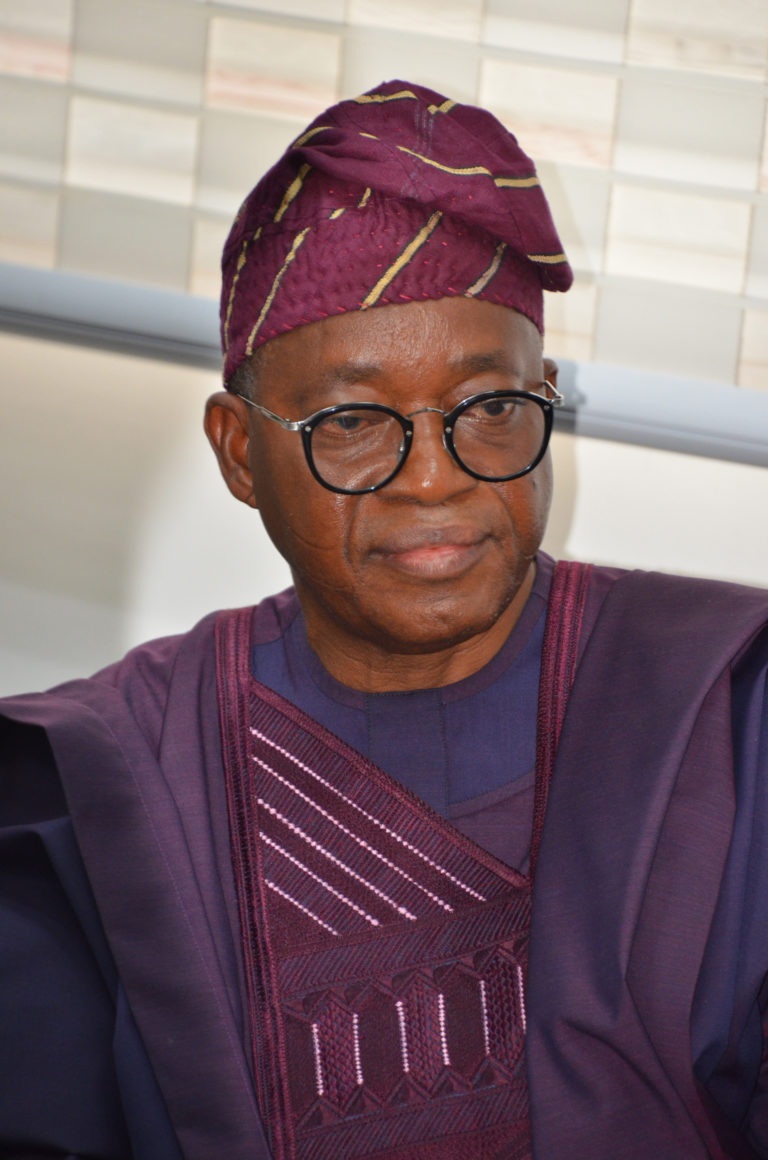 Osun State residents have been enjoined to secure a better future for the State and themselves by returning Governor Gboyega Oyetola for another term in office.
The leadership of the National Institute for Policy and Strategic Studies, NIPSS, while giving the advice described the social protection programmes of Governor Oyetola’s administration as impressive and worthy of emulation.
The leader of the delegation, Dr. Nasirdeen Usman, said the administration has made a clear difference in the implementation of its policies and programmes.
Usman who described the successful implementation of many of the administration’s policies as laudable and worthy of emulation, said it was worthy of note that the State had developed an economic roadmap codenamed ‘Osun Development Plan’ to take the State to the next level.
According to him, the 10 years Osun Socioeconomic Development Agenda painstakenly designed to maintain and sustain the tempo of development would further help the administration to stimulate the State’s economy and sustain Oyetola’s imprints across the sectors.
He acknowledged the atmosphere of peace, stability and security reigning in the State, which he described as a veritable tool for development.
Usman, who noted that the visit to the State by members of the delegation had helped to expose them to many positive things, said, “Indeed, we have a lot of golden things to report as regards policy formulation and implementation.”
“We have seen, we have read, we have learnt. What we learned, I can assure you, will not only have a golden place in our reports, it will also be the subject of recommendation for other States. I am not a politician. I attempted once, I did not succeed.
“I learnt that Osun will be holding governorship election next year. It is ours to advise, having done the analysis with the strategic options. I would have asked them to save INEC the resources and return your Excellency for a second term.
“Everywhere we went in the course of this visit, the song was the same. You have motivated the civil servants in the State to give their best.
“We have asked and asked where the money is coming from that your Administration has been using to do great things despite the financial difficulties.”