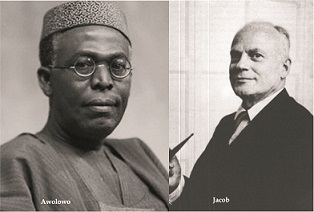 By Ayodele Fagbohun
|
The implementation of the recently approved new minimum wage is being unduly over-flogged to the anguish of workers that only heavens know when the bonanza will trickle into the pockets of workers and pensioners as the case may be.

This is too cold for comfort. Besides, it is a source of great concern for the generality of Nigerian workforce writhing under the agony of the present severe strains and pressure of socio-economic predicament which may lead to unpleasant strained relations between the government and the labour force across the states of the federation.

As if this is not enough, the discordant voices of some governors in their unconstitutional gathering of Governors’ Forum that state’s governors are not obliged to pay what federal government dictates or approves can inflame passion, lead to daggers-drawn and eventually cause bitter industrial disharmony all over the place.

This ugly scenario will not augur well for economic development of the country.

To avert any needless industrial strike that may arise as a result of our naked moral turpitude, non-chalance and slipshod attitude to governance and hence to control and nip in the bud the negative centrifugal and centripetal forces therein, the Nigerian leaders in respective of political camp or inclination must not be oblivious of the fact that Nigeria is still seriously contending with the multi dimensional and multi-facted problems of under development.

As intractable as the knotty problems of under development stare us in the face, let us be assured and re-assured that he problems are not insuperable and will no more see the light of the day if our leaders posses the right frame of mind, ideologically oriented, spiritual and mentally gifted and bodily disciplined.

To cap it all, the leaders must address both their mental and physical luggage rigorously and determinedly to address the problems with a view to solving them.

The country will henceforth move forward. And in this respect of Nigeria with great and incredible potential.

The leaders will see clearly with objective and dispassionate mind to run the economy unafraid where no one will be oppressed, shortchanged or suffer injustice in the midst of plenty.

Chief Obafemi Awolowo, the late sage, elderstatesman and Nigerian foremost economic and political thinker in his address on how the rich and the highly placed in the country were running a dreadful and notorious risk in their callous and irresponsible neglect of the poor and the downtrodden.

Awolowo rendered the address to Ondo State House of Assembly in Akure on January 18, 1970 where he elucidated on the main causes of underdevelopment as follows:

Obafemi Awolowo, the pragmatist economist of our time, continues: “All around us we see evidence of growth.  New factories, new shops, new highways, plenty of motor vehicles, greater output of petroleum and of cement, etc.  In the result, our per capita real income has risen somewhat.  But inspite of all these, Nigeria still remains underdeveloped.  It also remains one of the poorest countries of the world.”

According to the revered late sage, “Gerald Meir denominates the objective of economic development as “better nourishment, better health, better education, better living conditions, and an expanded range of opportunities in work and in leisure for the poor.”

Jacob Viner, a world-acclaimed development economic, in his book: The progress of underdeveloped areas says: “It must be recongnised that the objective of development should be not only to raise the level of per capita real income but also to reduce the absolute number of individuals and the percentage of total population below a minimum level of real income.”

From the foregoing, it could be generally seen in the layman point of view that Nigeria is practically a subsistence economy, a dumping ground of exotic, unwanted imported multinational foreign and European goods living at the fringe of starvation and grim poverty; unable to pay neither to sustain the approved minimum wage if the ongoing staccato of disagreements over the inability to source funds for the minimum wage by the state governors is anything to go by.

The economy at the lowest ebb not compatible with the ostentatious and extravagant lifestyle of political leaders especially the National Assembly members is far from being in tandem with what Awolowo brilliantly exponsed as objectives of development: “to raise the level of per capita real income, and to increase the absolute number of individuals and the percentage of our total population, who can afford to live above a minimum level of real income, and thereby enjoy “better nourishment, better health,  education” amongst others to put the nation on the fast-lane of economic development.

Accordingly, the earlier the Nigerian leaders organise themselves and pullout the country out of the morass of underdevelopment and develop her, the better for the entire citizenry.

What are the characteristics of underdevelopment as Awolowo succinctly explains:

“(1) Underdevelopment of the mind, arising from ignorance, illiteracy, and deficiency in techniques and organisation.

It is generally agreed that the recipe for economic development is synonymous with the solutions to Nigeria’s endemic underdevelopment problems which include full development and full employment of every Nigerian, man or woman; child and adolescent.

For the development of his body, everyone needs suitable food and adequate food; suitable and adequate shelter and clothing.  To procure these in reasonable quantum, one must possess commensurate purchasing power.

It is asserted that man cannot get the good things of life without money.  Which is why, a reasonable national minimum wage per month become urgent, imperative and sine qua non to economic development in Nigeria.

Awolowo graphically painted the tragic and gory picture of how the few privileged political elite in unholy league with few rich in Nigerian society devastated and impoverished the vast majority of Nigeria as a result of iniquitous and wicked governmental policies and programmes.  And the sad story still continues ad nauseam in the present political generation.

“Out of our 180 million population about 70 million live in abject poverty whilst about 60 million are actually starving, and have for houses, shelters unsuitable for modern poultry or piggery.  As against this soul-depressing picture, we have in our midst about 1000 rich Nigerians who in the past cleverly rigged the sources of the wealth of our nation, and are now tactically poised to oligopolise all the munificient avenues of riches that may supervene now and in the future.  The rich and the highly-placed in business, public life and Government are running a dreadful and monstrous risk in their callous neglect of the poor and the down-trodden so declared the late sage, Awo.

To avert this drift and pull out Nigeria from the pit of hell, the government must declare free education at all levels for its intrinsic benefit; halt the mushrooming of private schools especially the private tertiary institutions which before our very eyes reduce our poorly funded public universities to glorified secondary schools.

The excesses of some private universities and their entrepreneurs are potentially inimical to the development of public universities.

Full and gainful employment and free medicare should equally take topmost priorities and the chief cornerstone of national development plan.