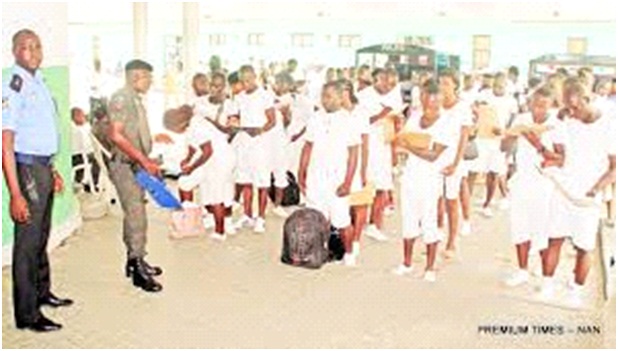 Applicants jostling for recruitment into the Nigerian Police Force in Ondo State have been advised to be wary of recruitment scammers who may want to extort them under the guise of assisting them get the job.

The Commissioner of Police in the state, Mr Oyeyemi Oyediran, in a statement issued by the Police Public Relations Officer, SP Funmilayo Odunlami, warned the applicants against falling victims of such dubious characters, saying recruitment in the police force remains free of charge.

The statement urged all invited applications of 2021 recruitment exercise into the NPF (Police Constables), to appear for physical and credential screening exercise.

It stated, “candidates are to appear at the screening venue on February 2 2022 at the police headquarters along Igbatoro road, Akure Ondo State.

“Applicants are expected to present the following documents during the exercise; a duly signed completed Guarantor’s form

“The candidate must have successfully completed their online recruitment registration form

“They are to come with the printout of application submission confirmation and profile page and they are expected to dress in their clean white T-Shirts and Shorts with two white flat.

“They are also to come with the original and duplicate copies of credentials –O’ Level result(s).

“They must come with recent passport photographs, National Identity Number (NIN), Certificate of original and birth certificate or declaration of age and local government’s state of origin.