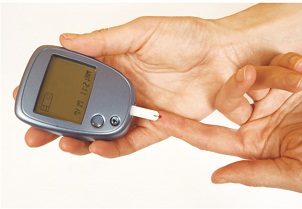 Dr. Faozat Aragbaye
|
Diabetes mellitus, commonly known as diabetes, is a metabolic disease that causes high blood sugar. The hormone insulin moves sugar from the blood into the cells to be stored or used for energy. With diabetes, the body either doesn’t make enough insulin or can’t effectively use the insulin made.

Diabetes is due to one of two mechanisms:

There are few different types of diabetes:

Type 1 diabetes is thought to be caused by a combination of genetic susceptibility and environmental factors, though exactly what these factors are is still unclear. Weight is not believed to be a factor.

Type 2 diabetes stems from a combination of genetics and lifestyle factors. Overweight or obesity increases the risk.

Gestational diabetes is the result of hormonal changes during pregnancy. The placenta produces hormones that make a pregnant woman’s cells less sensitive to the effects of insulin. This can cause high blood sugar during pregnancy.

Risk factors for diabetes depend on the on the type of diabetes.

Diabetes symptoms are caused by the increase in blood

The general symptoms include:

In addition to the general symptoms of diabetes, men with diabetes may have a decreased sex drive, erectile dysfunction and poor muscle strength.

Women with diabetes can also have symptoms such as urinary tract infections, yeast infections and dry itchy skin.

These blood tests are carried out to diagnose prediabetes and diabetes:

Diagnosing gestational diabetes, the blood sugar estimation of the pregnant woman will be done between the 24th and 28th weeks of pregnancy

Insulin is the main treatment for type 1 diabetes. It replaces the hormone the body is unable to produce.

Diet and exercise can help some people manage type 2 diabetes. If the lifestyle changes can’t help then there would be need to take medications that will lower the blood sugar.

Dietary changes and exercise may not be able to bring down blood sugar in pregnancy if it’s high. Insulin therapy is given in gestational diabetes.

High blood sugar damages organs and tissues throughout the body. Complications associated with diabetes include:

Uncontrolled gestational diabetes can lead to problems that affect both the mother and the baby. Complications affecting the baby include:

The mother can develop complications such as high blood pressure in pregnancy or type 2 diabetes. The mother’s risk of gestational diabetes in future pregnancies also increases.

Type 1 diabetes isn’t preventable because it’s caused by a problem with immune system. Some causes of type 2 diabetes such as age or genes cant also be controlled either.

Many other diabetes risk factors are controllable. Most diabetes prevention strategies involve making adjustments to diet and fitness routine. These adjustments include:

Try to lose seven percent of the body weight.