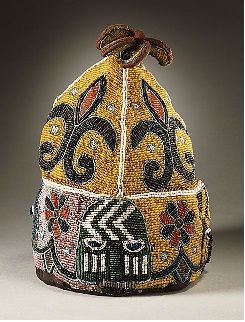 The Regent of Igashi Akoko ìn Akoko Northwest Local Government Area of Ondo State, Princess Mojirade Ipinlaye, has called on the Federal Government, to, as a matter of urgency, make provisions for a robust security check in all border communities across all the local government areas in the country.

Ipinlaye said a well equipped security personnel, checkpoints and motorized patrol coupled with necessary and update arms and ammunition are paramount to battling the security challenges which have refused to subside for so long.

The traditional ruler, in an interview with The Hope metro, made the call while reacting to the recent abduction of one of his chiefs and subject.

She said the call became very imperative considering the porosity of many communities to criminals from their neighbouring towns and villages.

Princess Ipinlaye, whose community shares borrder with Kogi State and partly with Ekiti State said this development will not give room to criminality,

She advocated for an agency in Ondo State that will look after such border communities like Igasi Eriti,Ajowa,Akunu Isua ,Oniparaga ,Molege and others for security of lives and properties.

The monarch recalled that the recent abduction of one of his chiefs, the Olukotun of Igashi,  Chief Ojo Ajagunna has led to anxiety and apprehension in the area as many farmers are now afraid of going to the farm.

Princess  Ipinlaye called for establishment of police post in the area which the local vigilante group will support.

Chief Ajagunna, the traditional title holder of the Olukotun of Igashi, who is also a cassava farmer was abducted by people suspected to be kidnappers on Friday but escaped from the den of the kidnappers after his abductors after they (the abductors) were taken by sleep.