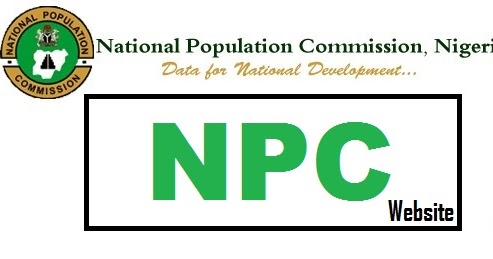 By Evelyn Omotoye
|
The National Population Commission (NPC) has called on Nigerians to ensure every child born is registered and issued birth certificate by the commission.

The Federal Commissioner of the Commission, Hon. Lance Fayehun made the call yesterday at the official flag off of media campaign to promote birth registration coverage held in Akure, the Ondo State capital.

Fayehun, represented by the (NPC) State Director, Mr Olatubosun Falusi stated that the programme is a conscious and deliberate step to carry along all the stakeholders in the birth registration project so as to create awareness, build confidence and trust in the entire process as well as achieving a wider coverage in the state.

He stated that Nigeria has a largest population of unregistered children with a significant proportion of not less than a million of these made up of children born in Ondo State, saying getting a child in Ondo registered is not just an option but an absolute necessity in a quest to deliver an accurate, acceptable and verifiable demographic data.

“Apart from giving a child its first Human Rights which is right to identity, birth registration is a source of data needed for an adequate planning for the welfare of the society”, he stated.

“The birth certificate issued by NPC is the only officially recognised evidence of age all over the world for Nigerian children under 18 years,” adding that they would lose the opportunity for life after attaining 18 years without getting it.

He however appealed to the Ondo State government, local government, media, traditional institution and all other stakeholders to support the commission in the onerous task by giving their unalloyed cooperation and help sensitise the people on the essence of birth registration.

While formerly flagging off the media campaign, the Ondo State Governor Arakunrin Oluwarotimi Akeredolu (SAN), stated that the programme is a welcome development.

Akeredolu represented by his Special Assistant, Barr. Henry Adegbemile stated that his administration is keen about having the record of how many children are being born or die in all the 18 local government areas of the state to enhance adequate planning for the living and find out the possible causes of death of the dead.

“What NPopC is doing now is one of the things this government conceived, initiated and has been advocating for. Our collaboration with NPopC is a step further to ensure every child born is registered and issued birth certificate by the commission.

“We did the official launch and inauguration of Accelerated Birth Registration called Olori Connection which is to create awareness on the need for our people to register births and deaths of any child in their area”, he said.

Akeredolu while reiterating the support of his government to ensure success of the programme, he stated that it will continue to key into the federal government maternal, newborn, infant, adolescent health and nutrition programme to give the children the best in life.

Also speaking, the state Director of the National Orientation Agency (NOA), Mr Bode Famose charged all stakeholders to take advantage of the three month media campaign to get every child an identity and urged them to avoid double registration.

In her own remarks, Chief Medical Director of Mother and Child in the state, Dr. Mrs Banke Olorunfemi advised parents/guardians to ensure their children records including birth certificate are well kept in a safe place for future purpose while assuring of her support to carry out the exercise with utmost responsibility.

Highlighting adequate data for proper planning as one major of the many advantages of birth registration, the Executive Director of the state Primary Health Care Board, Dr. Francis Akanbiemu represented by Dr. Samuel assured that his agency will give the programme the necessary boost to ensure its success.

The Deji of Akure, HRM Oba Aladelusi Aladetoyinbo represented by the Edema of Akureland, High Chief Folabi Fayehun called for strengthening of imposition of sanctions on those who failed to register their children to ensure compliance.

Ondo East local government Chairman in the state, Mr. Akinkuolie while noting that the birth certificate is the number one genuine property any child can get, advised the team to put more effort to ensure wider coverage of the grassroots.

The event for the three month media campaign which is in conjunction with the United Nations International Children Education Fund (UNICEF) and European Union (EU) had in attendance representatives of SUBEB, CAN, local government chairmen and press men.