Home Story that touch the heart Regrets at sunset (2) 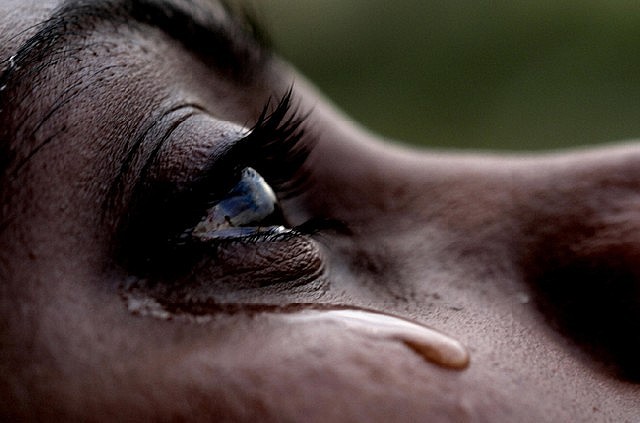 By SunmolaOlowookere
|
However, Williams did not have it so good. In a twisted fate, the second wife he married left him with the two kids she had for him. She was a young lady who could not cope with his tough attitude.

Today’s edition of the “Stories That Touch The Heart” titled “Regrets at sunset 2” is the continuation of a story which centers on the repercussions of a reckless youth and the attendant effects.

It shows the craving of an old man to have restored to him what he dropped off way back when he was still agile; affection from his children.

In this edition, a man who got married at a very young age soon got tired of the union after four kids and the responsibility attached to training them and building a young marriage alongside his career soon weighed him down.

He was not alone in this dilemma. The responsibility of pregnancy and nursing four kids which they had in quick succession also took its toll on the wife’s body, career, productivity and personality.

It separated them though they lived under the same roof as the man believed that caring for children was the sole responsibility of a mother while the father only needs to supply the money for upkeep.

Eventually, it also dampened the love and ardour between him and his wife. Seeking each other’s arms for solace eventually became a rarity as the years rolled by.

The woman was always too tired and whinny. She was becoming unattractive to him with her straggling hair, stained clothes and nagging attitude. After all, motherhood had taken its toll.

At a stage, he looked outside his encampment and saw a whole different world. His career was in good order by then so he felt no harm in having an affair.

Looking outside his matrimonial home and deciding that the grass on the other side was greener, he left his family and began to build another family.

Now, so much water has run under the bridge. In twilight of his years, he became lonely and needed companionship, but his family has grown apart from him.

His major need now is how to win them back…. Can times gone past be recaptured?

H e ruled his home with a rod of iron. His popular maxim was “spare the rod and spoil the child”. Any child who errs is immediately corrected. Every thing has to be prim and proper. Every one, Including their mother hàs to follow the house rules strictly.

Some of the major sins detested by William is stealing and fighting. His children were five in number. They were a rambunctious lot. They were very popular in the neighbourhood.

If they were not fighting among themselves, they would be causing mayhem on the streets.

At a time, they were playing football and their ball caused the electricity lines to break. The whole lane was thrown into darkness. When their father came back from work, elders in the neighborhood came to report them to their father.

He was very furious at the development. He took his cane to them and the whole lane heard their bawling and howling. As the residents contributed money for repairs, Williams had to contribute the major part of the money.

At this time, he was not having the best of time in his marriage.

The couple were both dissatisfied with the relationship but none of the duo wanted to be the first person to extend an olive branch towards the other.

The husband saw his wife’s attitude as a refusal to submit to his authority and he was determined to tame her rebellious and unsubmissive spirit. The wife on the other hand saw in her husband a man who had fallen out of love with her and no longer desire her as he did before.

No one would reach out to the other and athe children suffered so much because of this. The man was disappointed with his wife as he claimed that she was lazy and uncooperative with his mentoring towards building her intelligence.

She studied business education at a college of education. She was working at a financial institution when they got married. However when the babies started coming, her husband urged her to consider a career in teaching but she was not well disposed to it.

Over time, this became an issue between them. At first, they employed nannies to cater for their children. Soon they outgrew nannies and it became clear that they were spoiled.

The husband blamed the lapse in the children’s upbringing on their mother’s refusal to take on a career that would allow her to have more time with the children.

Dissatisfaction with his marriage made him to seek the arms of other women. Soon he began to raise another family as he felt that the children he had already were not as well mannered as he would have wanted.

As soon as he began to raise another family, his family suffered. By then, he had sought transfer from his former branch and he settled with his second family at the new place he was transferred to.

Though he still sponsored them by paying their school fees but they lacked the right direction which he alone could have given. He only came home twice in the month to check on his children.

The mother was scandalized by her husband’s attitude, however she refused to draw him back and she simply watched as he slipped away.

Intimacy between them came to a stop.

But she was not the kind of wife to suffer in silence. She told her children of their father” marriage to another woman.

Hence the children began to notice their father’s coldness towards their mother and his disdain for them.

On certain occasions when he became much provoked by some silly mistake which one of them made, he would retort that he wonder whether any of them would amount to any good.

Over the years, each of them struggled to make it on their own. Their mother too was supportive as much as she could.

All through this bitterness, the children grew up and flew the nest. They began to make a living and they were favoured.

However, Williams did not have it so good. In a twisted fate, the second wife he married left him with the two kids she had for him. She was a young lady who could not cope with his tough attitude.

One day, he came home to meet her letter that she could no longer cope with his sternness and wickedness.

He had to reverse his steps back home after some months of living alone. His wife accepted him back and forgave his ill treatment after a while.

However it was not that easy for the children to regain the rapport that had been however how much their craved it.  Can the breach be mended? Only time can tell.