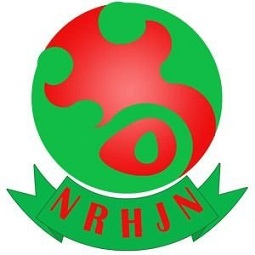 Board of Trustees member of an internationally recognised Media group on Reproductive Health, Network of Reproductive Health Journalists Nigeria (NRHJN), Dr Abiola Akiyode has called for the need to reinstate the funds withdrawn from some service providers in third world countries to boost women reproductive health

Akiyode made the call while reacting to US Embassy’s recognition of some Nigeria women activists declaring that Women all over the world deserve the best Reproductive health to attain a world, free of violence against women.

The US OrangeChamp award is coming as Nigeria joins the rest of the world to mark the 16- days of activism in ending Violence Against Women.

Akiyode  who is also the Chairman of Nigeria’s Transition Monitoring Group (TMG) and co-convener Womanifesto19 which just held Nigeria Women Summit, was named alongside some other young Nigeria women as *#OrangeChamp#* by the US embassy, Nigeria.

She decried how women particularly those in the developing world are denied right to make preferred reproductive health choices as violation of the right to their body integrity.

Giving women such freedom to make choices to access appropriate contraception she noted, is desired as they aim for a world free of violence against women.

She charged the US government to do more in supporting women in the third world countries to have more access to contraceptives.

This she noted could be done by reinstating those funds withdrawn from some providers in third world countries on account of the Global Gag Rule (GGR).

She urged President Donald Trump to particularly relax the GGR and allow every woman in the developing countries have the right to access and make informed choices for the integrity of their bodies.

Her words: “I appeal to the US government, President Donald Trump’s to take another look at the GGR which for some time now has reduced support for women Reproductive health”.

Akiyode described the *#OrangeChamp* recognition, an acknowledgement of the work Women Advocates Research and Documentation Center (WARDC) and services is doing as a welcome development.