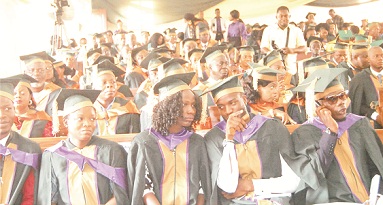 By Bukola Olamona
|
A nation without history has been said to be navigating without a compass and its memory will become subjective.

Making this assertion was the Catholic Bishop of Sokoto Diocese, Matthew Hassan Kukah while delivering  the convocation lecture of the Achievers University, Owo titled :” Some reasons Nigeria has failed to achieve greatness” .

Kukah said many Nigerian youths are total strangers to their own local,cultural or national history because they  have no sense of ownership of their narratives.

According to him” Our situation got progressively worse when the government itself decided to remove History as a subject from the syllabus. Strange as it may sound,I do not recall that the Historical Society of Nigeria rose up against this decision nor did it seriously consider putting down tools in protest.

“Though,today we have paid the supreme price even as the subject has crawled back but not getting the attention it deserved” he said.

He enthused that Historians were at the fore front of putting out some of the most distinguished accounts,interpretations and re interpretations of the cultures, histories and the legacies of the people of the country together.

He berated the lack of national monuments and  heroes in the country, saying that Nigerian heroes are unable to cross the boundaries of ethnicity, regionalism and religion

” Nigeria has no monuments, no Totems and its constitution still remains suspect and inspire little confidence even from those who operate it, the constitution should be our secular sacred text and should  command awe”he said

Kukah  further said Military coup has disrupted  and destroyed the basis for the emergence of political culture, saying that lack of political culture sows the seeds for political patronage and clientelism where godfathers make their own rules or seek to compromise existing institutions.

“ Politicians  with no political culture see politics as a distribution agency and hide their incapacity, incompetence and inefficiency under the table by appealing to ethnic,regional and religious evangelism thus further dividing the people along these lines” he added.