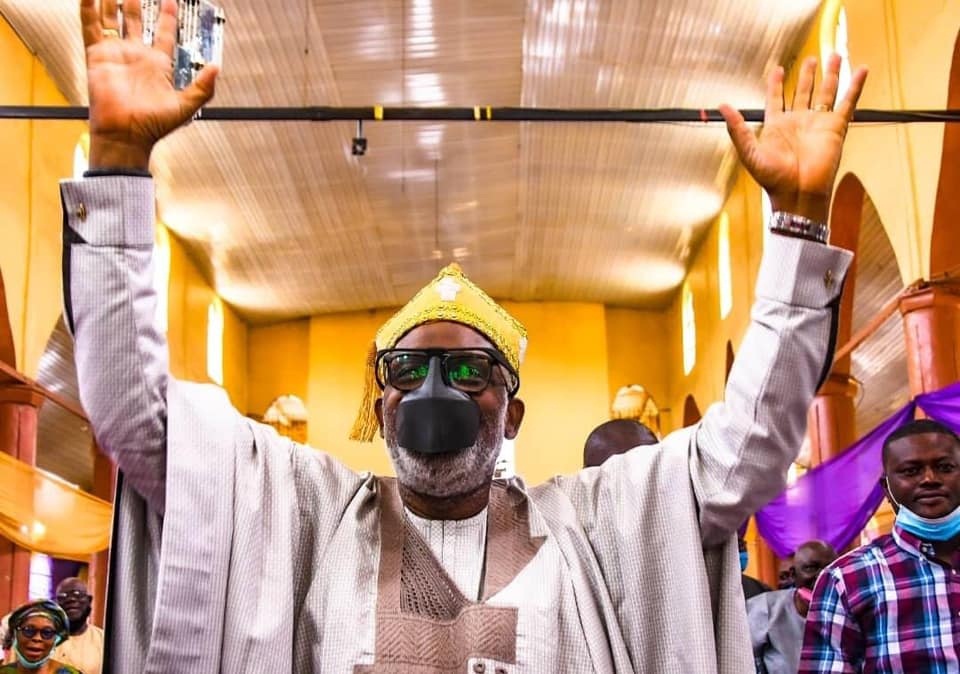 Ondo State Governor, Arakunrin Oluwarotimi Akeredolu has assured the people of Akoko that the Awara Water Dam will flow in the first 100 days of his government if re-elected for a second term in office.
Already, Governor Akeredolu said the Consultants and Engineers engaged by his administration are presently working on rehabilitation and reticulation of the dam with a view to ensuring that the water serves the people of Akoko land.
The Awara Dam is estimated to supply 6.7million litres of potable water to the people of Ikare, Akungba, Arigidi and other parts of Akoko land.
Akeredolu spoke at the Cathedral Church of St. Stephen, Ikare -Akoko where he was commissioned into the Order of the Crownhood of St. Paul by the Diocese of Akokoland, Church of Nigeria, Anglican Communion.
The inauguration performed at St. Stephen’s Cathedral Church, Ikare-Akoko by the Diocesan Bishop, Rt. Rev’d Jacob Bada was in recognition of the governor’s unrelenting services to God and his people.
Appreciating the diocese and the people for their unrelenting prayers and support, Governor Akeredolu stressed the need to allow continuity in the state.
The diocesan bishop said it found Akeredolu worthy of the honour by being an Ambassador of Christ in character, service and good governance by which the Diocese noted with satisfaction the transformational projects in Ondo State during the administration of Arakunrin Akeredolu.
In his sermon, Bishop Bada said consequent upon keeping faith with the promises contained in the Development Agenda of Arakunrin Akeredolu administration with the acronym, JMPPR, the Diocese of Akoko came up with the Award of Most Performing Governor in Nigeria to encourage him to continue to honour God with his performances as Governor of Ondo State.
The cleric said Governor Akeredolu has brought core values to governance with his track record and achievements in office.