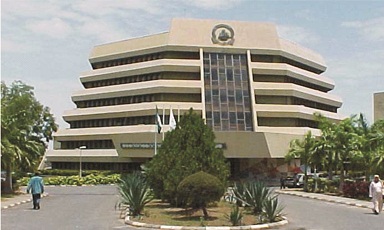 By Bayo Fasunwon
|
Knowledge is Light was the motto that bonded us in our secondary school. It was expanded to make us realize that ignorance is darkness, and that education makes it easy for people to be governed. In other schools, motto such as ‘Knowledge is Power’, Knowledge is Strength’ and ‘knowledge is freedom’ also held sway. In Church, the necessity of knowledge was emphasized by the verses that asserted that ‘you shall know the truth, and the truth shall set you free’.

The folly of ignorance was also accentuated by the verse that emphatically stated that ‘my people perish for lack of knowledge’. From these, one garnered that knowledge is the substructure of the survival and development of any society under the Sun. This revelation therefore would have been the guiding light in the creation of many schools in different parts of the country.  It is important for the world to know that even remote villages in Nigeria have schools that pupils could attend. While the infrastructural decay in these schools is an issue for discussion at a later date, it is instructive to know that the Federal Government had even created schools for children of herdsmen.

The establishment of schools in Nigeria has also transcended the primary and secondary levels, to higher institutions. Therefore, Nigeria could boast of more than a hundred higher institutions in the country till date, and many ‘edupreneurs’ are still making moves to either establish or get their ‘established’ Ivory Towers accredited. The push for proprietorship of Ivory Towers is not limited to the private sector as both the Federal and State Governments are also establishing higher institutions on a yearly basis. Therefore, it is uncommon to see a State with meager income having five higher institutions of learning. The quest for rapid development would have been so great for such. It is however worrisome that despite the proliferation of higher institutions in Nigeria, the President, whose certificate was a subject of contention at a period, is still concerned that certificates issued to students of higher learning in Nigeria are papers without value. Added to this, or as some cynics would want to prove that given this, many graduates of such institutions are still roaming the streets unemployed and un-engaged. There are many questions to ask, but I would want to concern myself with just one. South Korea, China, Germany and Israel, and many other developed countries of the world could trace their rapid, consistent and focused development to revolutions achieved in the classrooms. Purposive education was the pivot of their development. Given that some of these countries do not have half as much as the higher institutions birthed in Nigeria, the question is why is Nigeria undeveloped?

In academics, there are disparities between theory and practice. Even in the movie world, most movies do not appear as the writers scripted it. However, when there is a huge disparity in theory and practice, fiasco is the result. In the pre-independence and immediate post independence era in Nigeria, higher institutions were established purposively for holistic development purposes. That is the reason behind the strength of first generation universities till date.

The government patronized the higher institutions for policy generation, analysis, implementation and evaluation. The Ivory Towers then were the brains of government and the drivers of the nation’s development plan and agenda. Even the private sector sponsored researches in order to boost their business productivity and engaged academics as consultants. Improved plants, seedlings and soil researches were the foci of the Sciences and Agriculture, and this resulted in the pre-oil monumental wealth of the nation. The higher institutions were preserved as custodians of knowledge, patronized by government and all for the development of the nation. Then, when an academic speaks, government takes notes and adjusts.

However, the purpose for the creation of higher institutions has changed over the years. In many States in Nigeria, higher institutions are conceived and established on myopic and self serving interests, rather than development. Therefore, it is not uncommon for a serving Governor, and now President, to establish an Ivory Tower in their domains.  In most cases, the need to engage youths and ‘give them an opportunity for higher learning’ has been the underlining ideology behind the creation of these institutions. While this may be disputed, the agitations of parents and even the government whenever ASUU embarks on any strike meant to reposition the University, has been that the youth have become restless at home. This myopic underlining ideology has determined to a large extent the happenings in many of the institutions.

Any government,  that does not recognize the Ivory Tower as a partner in the development agenda of any political system, would not find it unusual to starve such of funds. To many governments, especially those governed by politicians, rather than leaders, the higher institutions are money drainers. Governments with this orientation have not realized that research is the bedrock of development, and that research thrives on heavy funding. Given the four year tenure of governments, they fail to realize that some researches can take several years, before a result of eternal impact can be achieved.

It is even sad that Government does not even patronize the citadel of learning in generating policies. One is yet to see a government sponsored conference on economic development and planning that would involve the egg heads in this area before arriving at the nation’s or state’s budget and capital expenditures. Governments do not contact the Universities (which they created) for research findings that would develop their political system. There is therefore no synergy between the town and the gown. A sensible government would seek the engagement of higher institutions because in most cases, that is where the experts in all human fields are domiciled. In fact, that is what the academics are paid to do, finding solutions to societal problems. All government needs is to get hold of these discoveries and implement them. Such however is not the case.

This foundational issue therefore affects academics in the higher institutions. The non patronage by government also restricts the scope of research of the academicians. Rather than involve in researches that would cause societal change, and improve living, many would get involved in peripheral researches that would enhance their promotion rather than developing the nation. Often times, foreign research grants stipulate the areas of research, which may not benefit the nation or even reveal national secrets. Academics would engage in it for relevance, rather than accomplishments. Nigeria researchers should be encouraged to carry out meaningful researches that would benefit first and foremost their immediate environments, solve local problems and develop their local community. The peripheral engagements have given room to academics engagement in petty politics, position seeking and immoral frivolities.

A wise and development oriented government would demand solutions to the problems of the State by funding and demanding solutions from the Ivory Towers. The entire society ought to keep the higher institutions busy through their patronage for solutions. It is unfortunate that since 1948, many solutions to the nation’s problems are lying in dust in various shelves all over the country. Unfortunately most of these solutions have been incinerated, while some have been used to wrap popcorns and roasted plantains by traders. Let me throw this challenge. Despite the numbers of Professors and Doctors of Law in Nigeria, why is our penal code operating with the principles of colonialism? Where are the various researches, students’ projects and dissertations that addressed this issue?

It is rather unfortunate the government would expend the taxpayers fund to import foreign ideas to solve its domestic challenges. Often times, these foreign ideas push the nation into indebtedness without results. The Buhari led administration has closed borders for agriculture to boom, but to what extent is the Ivory Tower engaged in the productivity in the agricultural sector? The clamour for the consumption of local produce and the patronization of domestic health institutions must also be extended to the campaign and policy reorientation for the patronage of indigenous ideas for the development of the nation, from the indigenous Ivory Towers. The private sector should be encouraged to engage these higher institutions for productive purposes. Any lazy government would easily yield to over taxation, public utility overbilling and uncoordinated frivolous ‘achievements’ while they reject collaborations with institutions who have gone through the rigours of research to profess solutions to societal problems.

Many entrepreneurial ideas could have been generated from the research findings from these institutions, if only the patronage is there. Every year, there are exhibitions of research breakthroughs during convocation ceremonies, but it is laughable that private the sector and the government officials shun these and only attend the ceremonial aspect of the programme. We need a change of attitude.