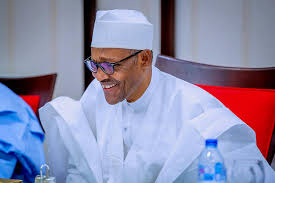 By Mary Agidi
|
The Lawmaker representing Akoko North-East/Northwest Federal constituency in the House of Representatives, and Chairman, House Committee on Niger Delta Development Commission, Mr. Bunmi Tunji-Ojo has commended President Muhammad Buhari’s order for a Forensic Audit of the commission.

Tunji-Ojo who gave the commendation during an interview with The Hope, gave kudos to the President for taking a bold step which his predecessors avoided for years despite the absence of tangible infrastructural development in the region.

The Lawmaker who condemned the slow pace of development in the Niger Delta region despite the huge amount of money allocated to the States, described the audit as a welcome development if it’s devoid of mischief.

“The NDDC Forensic Audit is a welcome development, let’s see how the implementation goes; but I’m in support of it because the House is also looking into the affairs of NDDC over the last 20 years.

“And now that the President has decided to take this very good step that past presidents had avoided , I think kudos should go to the President for that.

“I also want to enjoin that it should be done in a very professional and transparent manner devoid of mischief or witchhunting”, he said.

Tunji-Ojo emphasised the need for the people of Niger Delta region to know where their money has gone to, who and who got what, and need to know why there are so much abandon projects.

He added that the audit would afford the people, opportunity to know why they do not have infrastructure on ground that’s commensurate with the money that has been remitted both by the development partners and the federal government to the region.