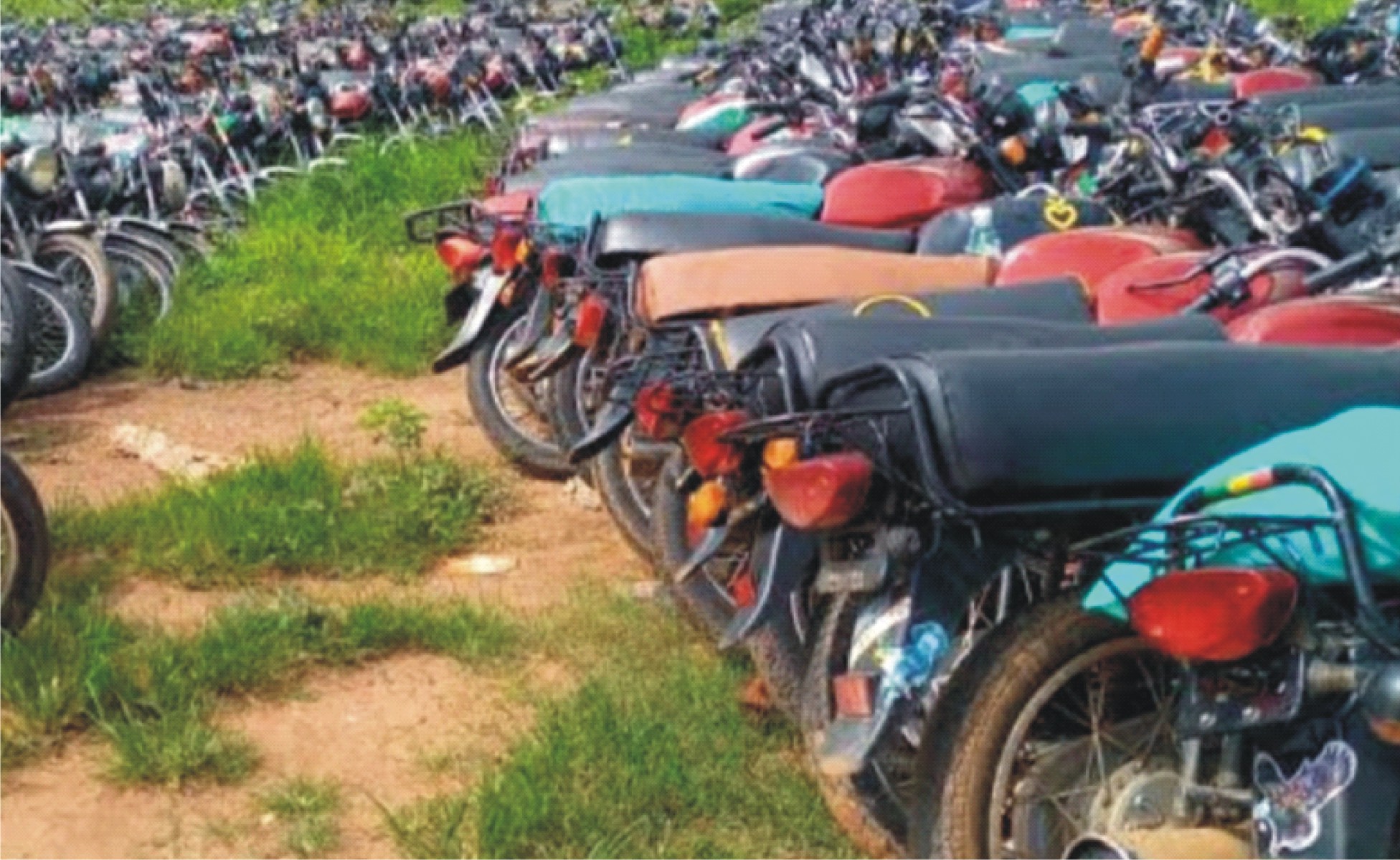 Some of the motorcycles impounded by the Amotekun Corps Photo: Tola Gbadamosi

The Ondo state Governor, Arakunrin Oluwarotimi Akeredolu, has approved the release of impounded motorcycles that violated the restriction order on motorcycles’ operations beyond 6am- 6pm in the state.

This announcement was contained in a release signed by the  state Commander of the Amotekun Corps,  Adetunji Adeleye .

According to Akogun Adeleye who doubles as Special Adviser to the Governor on Security Matters, the move followed appeals from various quarters.

Conditions to be met before the release of the impounded motorcycles by the owners are:”That the motorcycles were duly registered before arrest and that they do not have any other criminal case.

“That payment of a fine of N10,000.00  be paid to the Board of Internal Revenue after submitting proof of ownership to Amotekun Corps.

The  government  reminded members of the public that further violation of the ban will have the motorcycles completely forfeited.