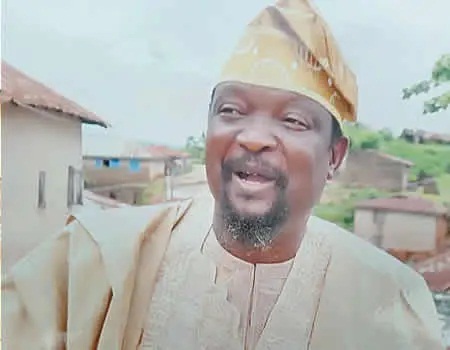 The immediate past Chairman of the All Progressives Congress (APC) in Ekiti State, Chief Olajide Awe, has urged the APC-led Federal Government to use the power at its disposal and listen to the yawning of various sections of the country who are clamouring for restructuring.
According to him, this would strengthen the nation’s democracy.
Awe speaking while appearing as a guest on a personality interview programme, THE CONVERSATION, on a Private radio station in, Ikere-Ekiti at the weekend called for return to regionalism to reduce powers and patronage at the centre.
According to him, regionalism will make the Presidency less attractive and reduce the tension that accompany the struggle for power at the centre which distracts elected officials who are yet to reach the midterm of their mandate.
He expressed dismay that restructuring has not seen the light of the day under the Buhari Administration because the core loyalists surrounding the President do not believe in it.
Awe, who was the state party boss in 2006 said weak institutions was responsible for the country producing “unprepared Presidents.”
The APC stalwart called for the implementation of the report of the APC Committee on Restructuring led by Kaduna State Governor Nasir el-Rufai.
Awe who advocated for unity in the APC urged the interest groups promoting the ambition of some perceived presidential aspirants to work for the overall interests of the party and make it stronger ahead of the future elections.
He said now is the time to concentrate on building the party rather than causing division to make it a stronger election winning platform.
He posited that politicians across party divides are being carried away by the race for the 2023 presidency when office holders are yet to reach the midterm because much powers have been concentrated at the centre.
He said: “People are getting jobs they are not prepared for; the issue of Presidency goes beyond just picking somebody. The problem confronting this country is that we don’t have strong institutions, political parties inclusive.
Awe who disclosed that the Ekiti APC Reconciliation Committee chaired by himself had submitted its report to the Governor, Kayode Fayemi.
While commending Fayemi for his genuine interests in ensuring resolution of disagreements among party members, Awe said recent appointments made by the Governor was to accommodate various interests and give more members a sense of belonging.
He urged party members to bury their differences and forge a common front to strengthen the Ekiti APC and complement the efforts of Fayemi, whom he described as a “listening governor” to reposition the party ahead of future elections.