Results of delay in justice 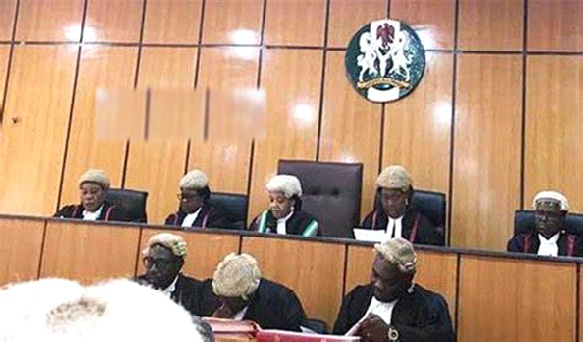 It is said that “Justice delayed is justice denied.” This phrase implies that if justice is not carried out right away and timely, then even if it is carried out later it is not really justice because there was a period of time when there was lack of justice. The Hope Classics spoke with some legal practitioners on the matter. Excerpts:

Justice delayed is justice denied” is a legal maxim. It means that if legal redress or equitable relief to an injured party is available, but  not forthcoming in a timely fashion, it is effectively the same as having no remedy at all.

This principle is the basis for the right to a speedy trial and similar rights which are meant to expedite the legal system, because of the unfairness for the injured party who sustained the injury having little hope for timely and effective remedy and resolution.

The phrase has become a rallying cry for legal reformers who view courts, tribunals, judges, arbitrators, administrative law judges, commissions or governments as acting too slowly in resolving legal issues either because the case is too complex, the existing system is too complex or overburdened, or because the issue or party in question lacks political favour. Individual cases may be affected by judicial hesitancy to make a decision.

Statutes and court rules have tried to control the tendency; and judges may be subject to oversight and even discipline for persistent failures to decide matters timely, or accurately report their backlog. When a court takes a matter “under advisement” awaiting the issue of a judicial opinion, order or judgement and forestalls final adjudication of a lawsuit or resolution of a motion the issue of timeliness of the decision(s) comes into play.

On September 23, 2007 in the case of Moses Wilson Vs Kasturbia 16 the Apex Court bringing the curtain down in a 60 years old case has warned that because of inordinate delays in disposal of cases in courts there is possibility of people taking the law into their own hands by themselves handing out punishment to criminals. It has called for urgent steps to be taken by the authorities before the situation goes out of control.

The Court of Appeal described a delay of 22 months between the end of the hearing and the delivery of judgment as “lamentable and unacceptable” but held that it did not render the judge’s conclusions unsafe so as to make it just to order a retrial.

The court noted that there is no statutory rule that a judgment must be delivered within a specified time, although the usual period is taken to be three months. Judgment has to be delivered “within a reasonable time” and what is reasonable may vary according to the complexity of the legal issues, the volume and nature of the evidence and other matters. Where delay occurs the litigants should receive an apology and, if possible, an explanation.

However, a serious delay in handing down judgment will not automatically render a judgment unsafe. As in any appeal on findings of fact, the question for the appeal court is whether the trial judge was plainly wrong, taking into account the “special advantage” trial judges normally have  seeing the witnesses give their evidence. Where judgment is seriously delayed, the importance of this special advantage is diminished. Where the appeal court finds that the judge’s recollection of the evidence is at fault on any material point, it will order a retrial if, having regard to the diminished importance of the trial judge’s special advantage in the interpretation of evidence, it cannot be satisfied that the judge came to the right conclusion.

This may lead to an appeal court entertaining, and sometimes allowing, an appeal when it would not otherwise have done so.

The number of legal cases filed in Nigeria Courts are increasing day by day with an increasing realization of the public at large to resort to the Court as the ultimate means of dispute resolution.

In this process, there has been a steady rise in the number of pendency of cases. One of the important factors is the legal case administration delay that occurs at various stages caused by various sources. The reasons for the delays, analyses the psychological effect of the litigant in pendency of justice delivery system.

The law is that every Court established under the Constitution shall deliver its decision in writing not later than 90 days after the conclusion of evidence and final addresses and furnish all parties to the cause or matter determined with dully authenticated copies of the decision within seven days of the delivery thereof.

See section 294(1) of the 1999 Constitution of the Federal Republic of Nigeria as amended.

A famous British historian said that, “Delay is the deadliest form of denial”. The Right to Speedy Trial was first mentioned in the landmark document Magna Carta. Clause 40 of Runnymede Charter, 1225 disallowed the selling of justice or its denial or delay.

The Supreme Court has read several rights in article 21 to make, life more meaningful and worth living. One of those interpretations is Right to speedy, fair and open trial.

“Pendency of cases is a gigantic problem which requires immediate attention. Due to the undue delay in justice delivery system, people by and large shy away from litigation.”

On an average, more than 50 crimes are registered everyday, which are sought to be investigated by the police.

The number of under trials in criminal cases pending in the courts is 1.44 crores and of these over. lakh persons are in prison. On an average, Courts are able to dispose off 19 percent of pending cases every year.

The reasons for delay could be attributed to the fact that every case moves from the lowest to the highest level. Too many revisions, bails, applications make five cases of one. The Centre and the State Governments also contribute to the backlog. Not only is the Government the biggest litigant but also it creates fresh litigation because it doesn’t honour judicial decisions.

Another obstacle to speedy justice is adjournments. As far as the situation in Subordinate Courts is concerned, the infrastructure is nonexistent and at times the judges have to write judgments with their own hands as they don’t have stenos. Every subordinate judge is caught between oppressive workload and hardly any time or facilities.

Efficiency of justice is a major component of fair trial and of effective remedies. The three major regional conventions speak of trials ‘within a reasonable time’. The old adage speaks of ‘justice delayed is justice denied’. The ICCPR speaks of a trial ‘without undue delay’. Undue delays are a major problem in the majority of national justice systems and, therefore, it is does not come as a surprise that in recent years at least one third of cases before the European Court deal with ‘reasonable time’.

Reasonable time is one of the most frequently invoked components of fair trial and it is likely to remain for a long time on the agenda of supervision mechanisms as parameters defining reasonable time are only gradually being developed and the process of reforming national justice systems to ensure judgements within a reasonable time is a slow one. It should be noted that a person charged with an offence must also have adequate time and facilities to prepare a defence and be given the possibilities of a proper examination of materials and witnesses. Moreover, adequate legal- and translation assistance must be provided.

A trial may not be unreasonably short resulting in the parties not having time for adequate preparation and defence. Efficiency of court proceedings is without doubt one of the major challenges of national justice systems today.